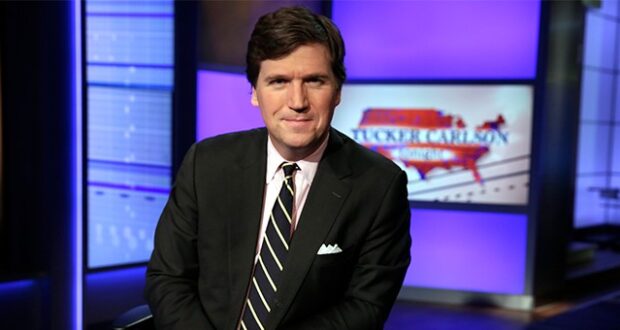 Fox News host Tucker Carlson is the most popular man on cable television. So popular that even the NBA isn’t capable of catching him.

Perhaps if the NBA wasn’t constantly shoving social justice concepts and political activist group’s messages into the faces of its viewers it would be doing far better, but as my colleague Brad Slager noted, the NBA’s ratings are incomplete freefall because of it:

The playoff games saw a stark loss of -20% over last season’s playoff debuts across a number of networks. More telling, it was a larger drop in the key demo of 18-49 year olds, down -28%. This follows a trend that has been experienced since the league started its season back up last month. While team owners and many others want to attribute this to pandemic influences it also defies some of the realities coming into the playoffs.

The NBA has almost lost 50 percent of its audience since 2011. Meanwhile, Fox News has only grown exponentially.

The reason this is happening is clear. When people show up to watch sports they want to see sports. They don’t want to be preached to by a bunch of millionaires. There’s a time and place for that kind of thing, but it’s not on the court.

What’s more, it’s a form of escapism, and if you don’t allow people to escape the troubles of the world then they’ll go find a place that will allow them to do so.

Sports is supposed to be a unifying force that allows people of every walk of life to come together to enjoy something. It’s not a stage for political activism despite what some sports stars think. The NBA should have taken lessons from the NFL who lost 33 percent of its viewership in 2018 thanks to the kneeling controversy.

Politics should stay where it belongs, like Fox News. If Fox News suddenly became a channel dedicated to home renovations and gardening, they’d tune out. If you want that, you HGTV. That’s what that channel is for.

Moreover, however, it should be pointed out that the brand of politics being embraced by the NBA is a strikingly un-American one. Like the kneeling controversy in the NFL, many viewers who watch sports are patriots who won’t give the time of day to anyone who doesn’t respect the nation that gave them so much. It’s alienating and more than that, it’s insulting. My saying America is a racist or fascist nation, you’re calling the people who live there racist and/or fascist.

Why would anyone want to sit down and watch that?

Leave the politics at the stadium door and the viewers will come trickling back in.

Previous: Millions Of Americans Had Their Emergency Savings Wiped Out
Next: US Divorce Rates Spike Amid The Coronavirus Pandemic