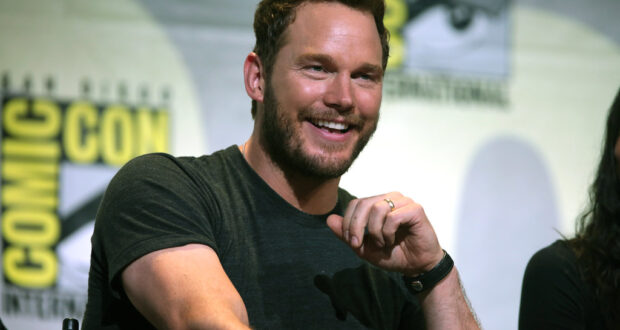 Chris Pratt is a funny guy. Sure, now he’s a Marvel star and tames dinosaurs, but he started out as Andy on “Parks and Recreation,” cutting his teeth on comedy. Over the weekend, Chris Pratt made a voting joke. He was promoting his Pixar film “Onward” on Instagram and encouraged his followers to vote. “With all that’s going on in the world it is more important than ever that you vote,” Pratt wrote. “Just ask any celebrity. They will tell you. Every day. Several times a day. To vote. But me? I will tell you EXACTLY who to vote for. The heroes before us did not spill their blood only to have their sacrifices wasted by your apathy.”

Then he hit his followers with the punchline. “The upcoming 2020 People’s Choice Awards is the most consequential vote in the history of mankind times a million infinity. Vote for #Onward for family movie of the year. Or else. You WILL die. No hyperbole. Click the link in my bio. Let your voice be heard,” he wrote.

For the comedy-challenged, the joke is that he urged everyone to vote, and many no doubt thought he was referring to the 2020 presidential election. But he wasn’t. Ba dum boom.

Cue the PC police. They immediately came down hard on Chris Pratt for making a voting joke, which was “liked” by more than 440,000 followers. “I get this is supposed to be a cute little joke but it comes off as really insensitive. The upcoming election is really important and everyone should vote and for you to try and take that and turn it into an ad for your movie is low,” one person wrote. “This is super insensitive. Read the room. Oh wait you did and decided to mock people,” another wrote. “YIKES. Imagine the amount of privilege one person can have to write this tone-deaf post.” “All these upset liberals because he didn’t say vote Biden,” wrote another.

But others got the joke and urged everyone to calm down. “Geez. Everyone really has lost their sense of humor. No one is going out to vote just because a celebrity said so. If that’s their inspiration to vote, I’m not sure they should be making any important decisions, honestly. This is just a lighthearted post and there’s nothing wrong with that. No one’s going to take the election less seriously because Chris Pratt posted about the People’s Choice Awards,” wrote one follower.

“He is just trying to make a light hearted joke because times are tough right now. He has been in 0 scandals. And is a sweet heart of a person. This movie is so sweet and so touching, so let him be proud. He is making a joke… it’s comedy… shut up,” wrote another.

“LOOK AT ALL OF THE HYPER SENSITIVE LIBERALS IN THE COMMENTS,” wrote someone else. “You people are currently HOPING the president dies of covid AND crying about a comedic take on the current affairs of the day…. how far we’ve fallen as a nation.”

Previous: West VA Woman Killed Her Boyfriend And Then Married Her Dad
Next: Why Are Liberals Such Whiny Wusses?