Home » Health & Lifestyle » Do You Have ‘Smartphone Pinky’? 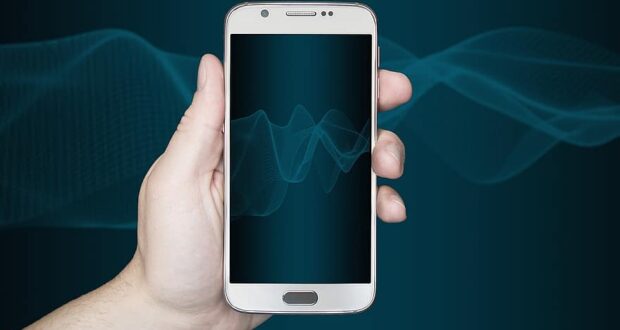 Do You Have ‘Smartphone Pinky’?

While social media can be a fun distraction from our everyday lives, experts have warned of a strange side effect that some are experiencing due to high levels of smartphone usage.

“Smartphone pinky” has swept the internet, with many people complaining that their pinky finger has developed an indent due to the way they hold their phone. TikTok and Twitter are currently full of people posting pictures and videos of their “deformed fingers” which they claim is due to their phones. One user posted a video of their little finger and said: “Kinda hard to see on camera, does anyone else have this?” The video received over 23,000 likes.

Most people tend to hold their smartphones with their thumb poised over the screen and the back or bottom of the device resting on the pinky finger.

One concerned Twitter user posted a picture to the site with the caption: “I have an actual #iphone injury. My finger has bent and will not straighten. Need to change the way I hold my phone.”

The images and videos have gone viral. One expert said that excessive phone use can impact our muscular function, which could lead to
“smartphone pinky.”

LloydsPharmacy pharmacist Pareena Patel said there is no clinical evidence that the condition exists, but said it could be a variation of repetitive strain.

“Smartphone pinky is a social phenomenon thought to be caused by frequent smartphone use. This is where users have reported a dent on their pinky finger from holding their smartphone too much.

“While there is no clinical evidence yet to suggest that smartphones can damage our pinkies specifically, nor is this an official medical condition or term, there are reasons to believe excessive phone use can impact our muscular function and may damage our joints, particularly in the thumb and wrist area.

“For example, we know that repetitive strain injury (RSI) is a common condition which affects the muscles and nerves if they are overused or subject to frequent repetitive movements.”

She said this means that rather than a “pinky finger,” it is more likely that people who regularly use their phones will have RSI. She added, “some research has also found that smartphone overuse can cause pain in the thumb, and can even decrease hand function.”

If you are suffering from pain due to too much smartphone use, Pareena said there are some things you can do to ease it.

She said that curling your fingers is a good way to alleviate the pain. Pareena added, “you simply need to clench your hand into a fist, followed by gently releasing and stretching out the fingers. This can be repeated up to 5 times a day, with a rep’ of 5 each time.”

Pareena also highlighted the Alexander Technique, which helps improve musculoskeletal problems. “While this is typically used for postural problems, some of the principles may help you with hand/finger aches by helping you understand how your movements, including phone use, affect all your body parts.”

Pareena said that this technique can also help with “text neck” which is caused due to people looking down at their screens constantly.

While these physical techniques might help, Pareena said there is one sure way you can prevent getting smartphone pinky. Turning your phone off and having a digital detox will mean that your fingers won’t be holding up the device.

Pareena added, “not only is this good for your physical health, but your mental health too. You could also try and place your phone flat on a surface ahead of using to avoid you having to grasp it with your hand and curl your fingers around.”