Home » Politics » Next Trump and Biden debate rules to change 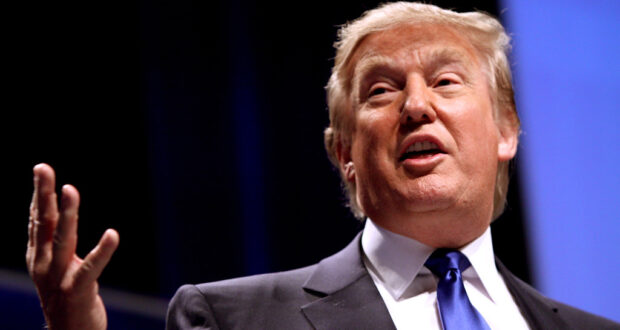 Next Trump and Biden debate rules to change

The group that sponsors the presidential debates said Wednesday that it will make format changes to the next Trump and Biden debate. The changes will aim “to maintain order” in light of their fractious first showdown.

A source close to the Commission on Presidential Debates said that they have not made final decisions on the changes. The source also said that the group is considering muting a candidate’s microphone if they violate the rules.

The initial debate between Trump and Biden in Cleveland on Tuesday night quickly descended into disorder. There were frequent interruptions and name-calling.  Several times, Chris Wallace urged Trump to follow the rules and allow Biden to speak uninterrupted.  In a New York Times interview Wednesday, the Fox News journalist Wallace said, “I never dreamt that it would go off the tracks the way it did,” he said.
“Last night’s debate made clear that additional structure should be added to the format of the remaining debates to ensure a more orderly discussion of the issues,” the Commission on Presidential Debates said. The commission added that it “will be carefully considering the changes that it will adopt and will announce those measures shortly.” The commission said it was “grateful to” Wallace “for the professionalism and skill he brought to last night’s debate.” They intend to ensure that additional tools to maintain order are in place for the remaining debates.

Tim Murtaugh, spokesman for the Trump campaign, said of the commission, “They’re only doing this because their guy got pummeled last night.” “President Trump was the dominant force and now Joe Biden is trying to work the refs. They shouldn’t be moving the goalposts and changing the rules in the middle of the game,” Murtaugh said.

“Try getting a new Anchor and a smarter Democrat candidate!”

In reference to the planned changes, Trump tweeted, “Try getting a new Anchor and a smarter Democrat candidate!”

Biden told reporters in Ohio that he supported the idea of making changes to the debate format. “I just hope there’s a way in which the debate commission can control the ability of us to answer the question without interruption,” Biden said. “I’m not going to speculate on what happens in the second or third debate.” he said. Referring to Trump, he added, “He not only attacked me constantly and my family, but he attacked the moderator.”

Wallace told The Times that, “As a practical matter, even if the president’s microphone had been shut [on Tuesday] he still could have continued to interrupt, and it might well have been picked up on Biden’s microphone, and it still would have disrupted the proceedings in the hall,” he said.

The next debate between the Republican incumbent Trump and Biden is scheduled for Oct. 15 in Miami. Steve Scully, the political editor at C-SPAN, is the moderator for the second debate. It will be in a town hall format. The third presidential debate is Oct. 22 at Belmont University in Nashville. NBC News White House correspondent Kristen Welker will moderate that debate.

The first and only vice presidential debate between incumbent Vice President Mike Pence and Sen. Kamala Harris, D-Calif., is Oct. 7 at the University of Utah in Salt Lake City. USA Today’s Washington bureau chief, Susan Page, is the moderator for that event.

Aaron Kall, director of the University of Michigan’s debate program, said, “Given the public outrage over last night’s debate, it’s not surprising the Commission on Presidential Debates would try and do something to quell the disappointment expressed by so many.” But Kall added, “I do think that changing the previously agreed to debate rules in the middle of this debate cycle increases the odds of not having future debates between President Trump and Biden.”

“In addition to already expressing dissatisfaction with moderator Chris Wallace’s performance last night, it’s easy to envision the Trump campaign arguing the rules of the debates are being changed midcourse in order to protect and advantage Biden,” he said. Kall noted that Trump skipped the Iowa Republican primary debate in 2016. “With only a few weeks remaining until the next scheduled presidential debate, that doesn’t leave much time for both sides to reach an agreement on the new rules, which no doubt would be open to multiple interpretations and exceptions,” Kall said.

Previous: Obama Is To Blame For Trump’s Tax Breaks
Next: Serena Williams withdraws from French Open with Achilles injury