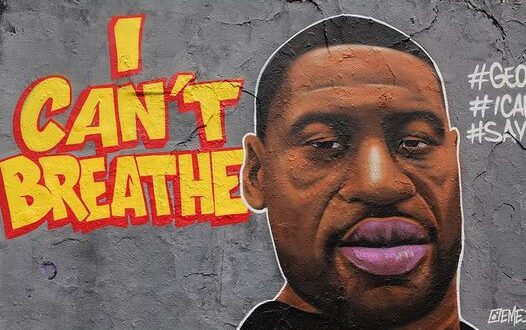 The Minneapolis teenager who filmed George Floyd’s death at the hands of Minneapolis police will receive a prestigious award. Darnella Frazier, 17, is this year’s recipient of the Benenson Courage Award from PEN America, a leading literary and human rights organization.

“With nothing more than a cellphone and sheer guts, Darnella changed the course of history in this country, sparking a bold movement demanding an end to systemic anti-black racism and violence at the hands of police,” PEN CEO Suzanne Nossel said in a statement.

“With remarkable steadiness, Darnella carried out the expressive act of bearing witness, and allowing hundreds of millions around the world to see what she saw,” the statement said. “Without Darnella’s presence of mind and readiness to risk her own safety and well-being, we may never have known the truth about George Floyd’s murder.”

Frazier came upon the scene and started recording the incident with her mobile phone. The footage shows Derek Chauvin, a white police officer, pressing his knee on the back of a handcuffed Floyd’s neck as he lay on the ground.

Chauvin pinned Floyd down for nearly nine minutes while he pleaded, “I can’t breathe.” He lost his job following the incident.

Chauvin is now facing second-degree murder and manslaughter charges in the case.

Three other cops at the scene, who also lost their jobs — Tou Thao, Thomas Lane and J. Alexander Kueng — are charged with aiding and abetting murder and manslaughter and are also awaiting trial.

“The world needed to see what I was seeing,” Frazier told the Star Tribune a day after the incident. “Stuff like this happens in silence too many times.”

The teen has not spoken publicly about her video since. However, this week, a family representative said that Darnella is “very grateful” for the award.

The New York-based PEN awards were founded in 1963. Past recipients include Anita Hill, who testified against the nomination of Supreme Court Justice Clarence Thomas in 1991, and a group of student activists from Marjory Stoneman Douglas High School who advocate for gun safety and control following the school shooting in Parkland, Florida.

Previous: Voters Scramble to Change Their Ballots
Next: Jeffrey Epstein’s Ex-Girlfriend Spills All The Perverted Secrets