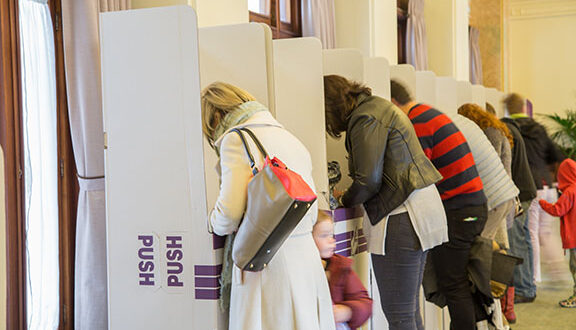 Voters Scramble to Change Their Ballots

More than 59 million Americans have already cast their ballots ahead of Election Day. However, according to Google Trends, some of those early voters might be wondering if they can change that vote.

Google searches of the phrase “can I change my vote” peaked Tuesday morning in the U.S. around 6 a.m. ET.

One of the subregions where the phrase began trending at one point was in Delaware, the state Democratic presidential nominee Joe Biden represented in the Senate for 36 years.

Other subregions where the phrase spiked included battleground states such as Maine, Pennsylvania, Florida, Ohio, Michigan, North Carolina, Iowa, Wisconsin, and Arizona, according to trend data at various points throughout Tuesday morning.

Most states do not allow voters to change their early votes. However, there are some that do, with restrictions.

In New York, for example, if you have submitted an absentee ballot but change your mind, you can show up to your polling place during early voting or on Election Day and cast a vote. The absentee ballot will be set aside and not counted, according to the state Board of Elections.

In Michigan, voters who have sent in a ballot can submit a written and signed request to their voting clerk by 5 p.m. October 30 requesting to have the ballot nullified, according to the Detroit Free Press.

Minnesotans who mailed in an absentee ballot had until October 20 to request a new ballot from their county or city election office.

In New Hampshire, voters who submitted an absentee ballot can go to the polls on Election Day during the first hour they’re open and vote in person, or before their absentee ballot is processed.

In Wisconsin, a voter can cancel their original absentee ballot and request a new one. However, they have until October 29, the legal deadline for requesting absentee ballots by mail.

President Trump tweeted about the Google trend Tuesday morning and encouraged voters to “go do it,” claiming without evidence that the trend “refers to changing it to me.”

While Trump suggested the Google trend started “immediately” after his debate with Biden on Thursday, data showed the search did not spike until Tuesday morning, five days later.