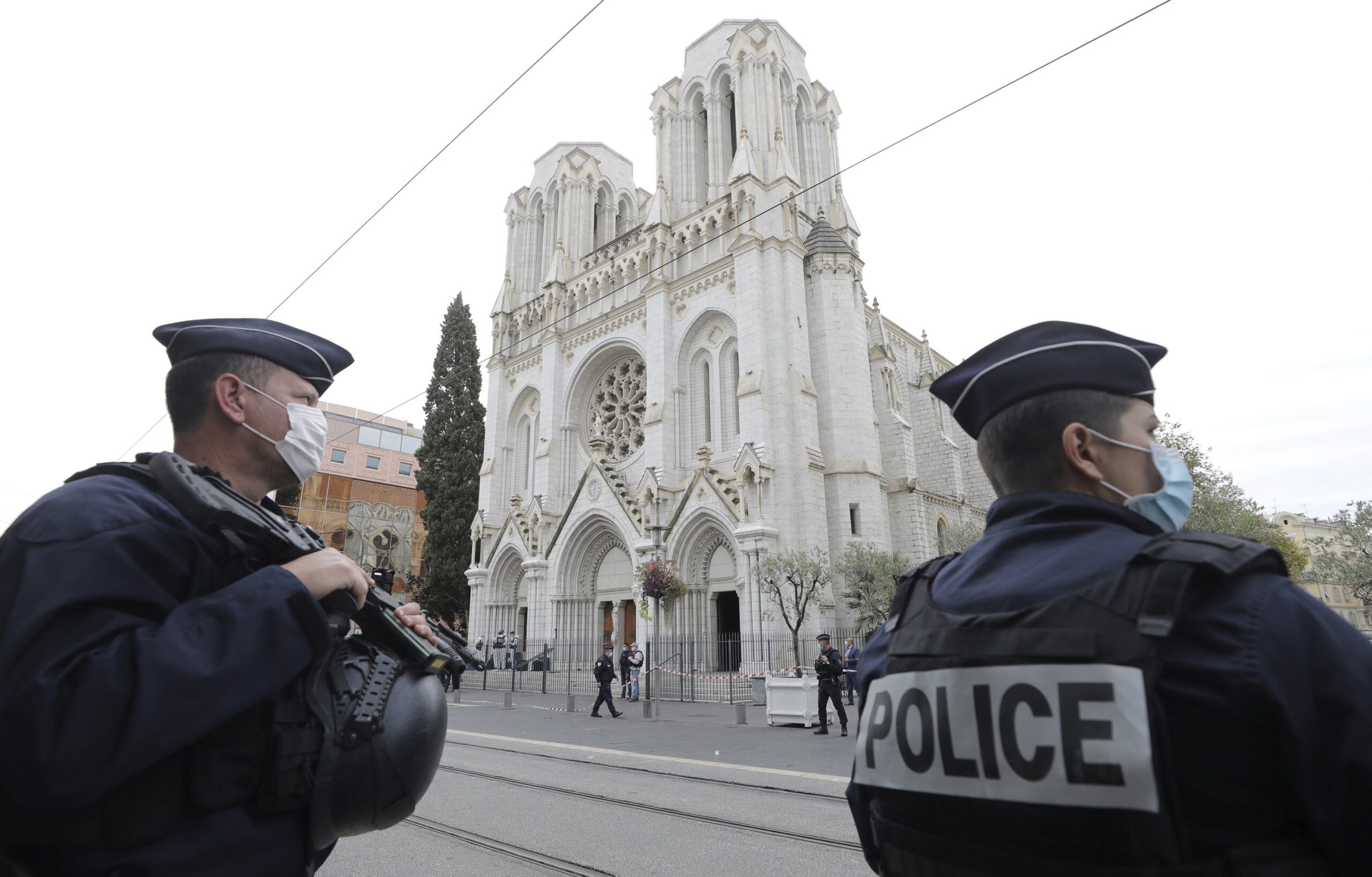 A knife-wielding attacker beheaded a woman in Nice, France, on Thursday morning — one of three people killed inside a church.

The attack happened at the Notre-Dame church. Not long after, several apparently related attacks took place.

A police source speaking with the Reuters news agency said one of the three people killed had been decapitated. The BBC said that a woman had been “virtually decapitated.”

France’s Le Monde newspaper reported that the other two casualties were a man and another woman.

Christian Estrosi, the city’s mayor, said on Twitter that the attacker had been arrested and one of the people killed was a church warden.

Estrosi also said the incident appeared to be a terror attack.

“I confirm that everything suggests a terrorist attack in the Notre-Dame basilica,” he tweeted, and linked the attack to what he called “Islamo-fascism.”

A source in French counterterrorism policing — who did not have permission to discuss the case publicly — told Insider the attacker shouted about cartoons before he attacked the victims at about 9 a.m.

The attack followed the October 16 beheading of a teacher in Paris who had shown his class images depicting the Prophet Muhammad.

Estrosi, the mayor, told reporters that the attacker had “repeated endlessly ‘Allahu akbar’ when he was being treated at the scene,” the BBC reported. (“Allahu akbar” is Arabic for “God is greatest.”)

He said the suspect was shot by police and brought to the hospital alive, an account confirmed by Insider’s police source.

“Very clearly, it’s France that has been attacked,” he said. He described France, and particularly its Catholics, as “under threat.”

Islamist terror and the depiction of the Prophet Muhammad has long been a controversial issue in France, and prompted a terror attack in 2015 on the offices of the satirical magazine Charlie Hebdo, which printed cartoons of Muhammad.

The trial of 14 people suspected of helping with that attack is underway in France.

The teacher killed in Paris, Samuel Paty, had shown his class Charlie Hebdo images of Muhammad, according to the Guardian. French prosecutors said that his death was an act of revenge for this.

Images of Muhammad are considered blasphemous in Islam and have prompted killings previously.

After the attack on Paty, Macron pledged to take a tough stance against radical Islam.

He said Paty “was killed because Islamists want our future” but that France would “not give up our cartoons.”

A series of attacks or attempted attacks took place after the killings in Nice.

A man was arrested in Sartrouville, France, later on Thursday after he reportedly told his father he wanted to copy the Nice attack, Le Parisien reported.

A man with a knife was killed by the police in Avignon after reportedly threatening the police and shouting “Allahu akbar.”

In Saudi Arabia, a man was arrested after attacking a security guard at the French Consulate in Jeddah “with a sharp object”, the Saudi government said.

Macron mentioned the other attacks in his speech in Nice, but did not say explicitly whether they were connected.

France raised its attack alert level to “urgent” on Thursday, the country’s highest.

9 thoughts on “Woman Decapitated at Notre-Dame Church in Paris”