Home » Uncategorized » 8 Facts About the Animals of Chernobyl 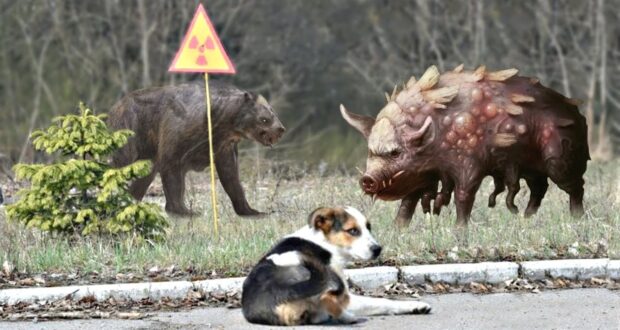 8 Facts About the Animals of Chernobyl

Three decades after the Chernobyl disaster—the world’s worst nuclear accident—signs of life are returning to the exclusion zone. Wild animals in Chernobyl are flourishing within the contaminated region; puppies roaming the area are capturing the hearts of thousands.

Tourists who have watched the critically acclaimed HBO series Chernobyl are taking selfies with the ruins. Once thought to be forever uninhabitable, the Chernobyl Exclusion Zone has become a haven for flora and fauna that prove that life, as they say in Jurassic Park, finds a way.

1. The Animals of Chernobyl Survived Against All Odds

The effects of the radioactive explosion at the Chernobyl nuclear power plant on April 26, 1986 devastated the environment. Around the plant and in the nearby city of Pripyat in Ukraine, the Chernobyl disaster’s radiation caused the leaves of thousands of trees to turn a rust color, giving a new name to the surrounding woods—the Red Forest.

Workers eventually bulldozed and buried the radioactive trees. Squads of Soviet conscripts also were ordered to shoot any stray animals within the 1000-square-mile Chernobyl Exclusion Zone. Though experts today believe parts of the zone will remain unsafe for humans for another 20,000 years, numerous animal and plant species not only survived, but thrived.

2. Bears and Wolves Outnumber Humans Around the Chernobyl Disaster Site

While humans are strictly prohibited from living in the Chernobyl Exclusion Zone, many other species have settled there. Brown bears, wolves, lynx, bison, deer, moose, beavers, foxes, badgers, wild boar, raccoon dogs, and more than 200 species of birds have formed their own ecosystem within the Chernobyl disaster area. Along with the larger animals, a variety of amphibians, fish, worms, and bacteria makes the unpopulated environment their home.

3. Most Chernobyl Animals Don’t Look Any Different From Their Non-Chernobyl Counterparts 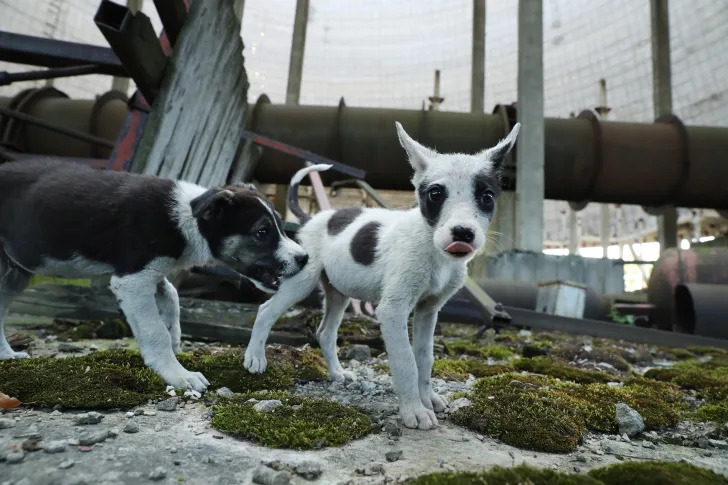 Tour guides tell visitors not to pet Chernobyl animals due to potential radioactive particles in their fur, but some biologists have been surprised that the incidence of physical mutations appears lower than the blast of radiation would have suggested.

There have been some oddities recorded within the area—such as partial albinism among barn swallows—but researchers think that the serious mutations mostly happened directly after the explosion. Today’s wild animals are sporting their normal number of limbs and aren’t glowing.

4. Radiation May Have Killed off Chernobyl’s Insects

In contrast to the large carnivores and other big fauna, bugs and spiders have seen a big drop in their numbers. A 2009 study in Biology Letters indicated that the more radiation there was in certain locations around the Chernobyl disaster area, the lower the population of invertebrates.

A similar phenomenon occurred after the 2011 nuclear accident at the Fukushima nuclear power plant. Bird, cicada, and butterfly populations decreased, while other animal populations were not affected.

5. Despite Looking Normal, Chernobyl’s Animals and Plants Are Mutants

There may be no three-headed cows roaming around, but scientists have noted significant genetic changes in organisms affected by the disaster. According to a 2001 study in Biological Conservation, Chernobyl-caused genetic mutations in plants and animals increased by a factor of 20.

6. The Absence of Humans Is Returning Chernobyl to Wilderness

As WIRED points out, the Chernobyl disaster presents an unintended experiment in what Earth would be like without humans. Hunting is strictly illegal and living within the Chernobyl Exclusion Zone is not recommended. The fewer humans there are, the more nature can re-establish itself unencumbered by human activity.

According to The Guardian, an official nature reserve recently created on the Belorussian side of the zone claims to be “Europe’s largest experiment in rewilding,” where animals are losing their fear of humans. In fact, a few species are actually living better within the Chernobyl Exclusion Zone than outside of it.

Wolves were found to be seven times as abundant on the premises than in other, non-radioactive areas. Moose, roe deer, red deer, and wild boar were found to have similar numbers within the CEZ as compared to those in three uncontaminated nature reserves in Belarus.

7. An Endangered Wild Horse Is Making a Comeback Thanks to Chernobyl 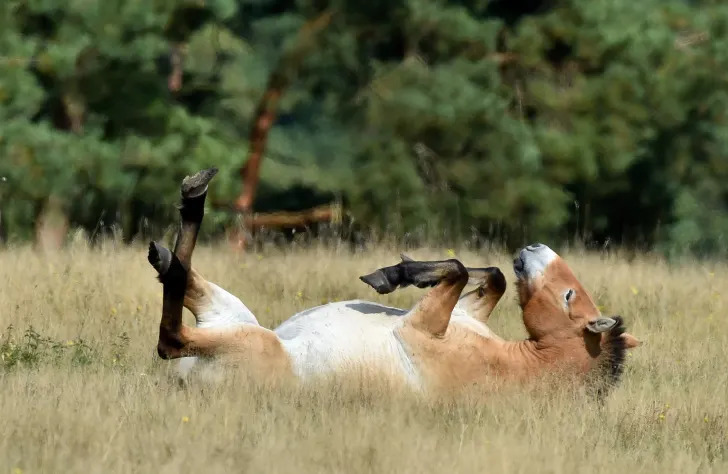 British ecologists Mike Wood and Nick Beresford, who specialize in studying the effects of radiation on Chernobyl’s wildlife, observed that the Przewalski’s horse—an endangered wild species that originated in Mongolia—is thriving within the CEZ.

In the late 1990s, about 30 Przewalski’s horses were released in the Ukrainian side of the CEZ. Based on camera trap images, Wood estimated that some of the original horses (identified by their brand markings) are still alive. Photos of juvenile horses and foals also indicated that the population is expanding.

8. You Can Adopt a Chernobyl Puppy

Hundreds of pooches—the descendants of dogs abandoned by their owners during the site’s evacuation on April 27, 1986—have made the desolate area their home. Until 2018, it was illegal to bring any animal out of the zone due to the risk of radiation contamination. But now, puppies cleared of radiation are getting a chance to find their forever homes. Spearheaded by the Clean Futures Fund and SPCA International, the management and adoption program ensures that the stray dogs are spayed, neutered, and vaccinated so they will be healthy and ready for adoption.

Claudia Dimuro has written across multiple websites in her day, diving into topics from local bands to weird word origins. In her spare time she pushes photos of her dog Max(imus Decimus Meridias) on people constantly.

Previous: Pack of Hyenas Drag Sleeping Elderly Man from Bed and Maul Him to Death
Next: Shattered bride marries the love of her life and watches him die