A Giant Hole was Found in the Ocean… 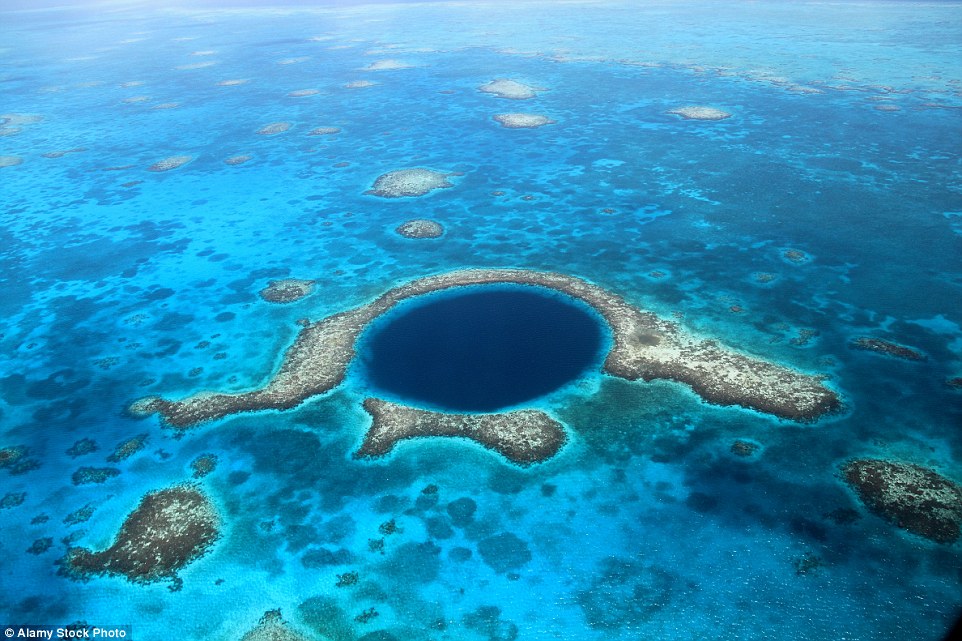 Walk along the trails in Oregon’s Siuslaw National Forest and you’ll find yourself underneath an old-growth canopy of Douglas fir and giant Sitka spruce. Sharing space with moss, butterflies, and Western hemlock, it’s easy to feel quiet here, maybe even reverent, wanting to blend into the arboreal serenity.

Walk five minutes to the coast, however, and you’ll witness the sea giving a thorough beating to the basalt shoreline and volcanic rock formations violently belching water to their own demise. This is Cape Perpetua, an ocean-meets-forest headland famous for its scenic views—and its portal to the underworld.

It’s here on the rugged central Oregon coast that Thor’s Well is “draining the Pacific.” A circular, 10-foot “gateway to hell,” it sends water up into the air and then sucks it right back down into what seems like oblivion. You can stand on its edge and peer inside—though you shouldn’t. You really shouldn’t.

Here’s how it actually works: At high tide, the “well” fills from underneath until pressure bursts up from the top in an often-dramatic spray. The water then gets sucked back into the hole with the receding tides and drains out its bottom, through an unseen exit about 20 feet deep.

It’s tempting to imagine the spot pounded out by Thor’s hammer, but science tells us it’s probably the remnants of an ancient sea cave rather than an ancient Asgardian temper tantrum. At some point, a hole in the cave’s “roof” formed, giving the land the illusion of a well, where water can drain into and out of from below sea level.

This phenomenon—that is, sea-cave collapse—can actually be found all across Cape Perpetua and has formed some other wild spots, too, like Spouting Horn and Devil’s Churn. The Cape Perpetua Lookout, great for whale-watching, offers a sky-high vantage point over them all.

To catch Thor’s Well in action, it’s widely advised to come an hour before high tide to watch water levels rise, transforming the well from a bubbly, well-meaning cauldron to a violent geyser. But if you really want to time your visit (or if you care about photography), pay attention to the day’s wave height—six or seven feet is a good number for incredible shots.

That said, don’t get too close—people have gotten hurt viewing Thor’s Well, waves knocking distracted visitors off their feet and onto the sharp volcanic rock.

“The safest and best views are from one of the three elevated viewing areas: Cook’s Chasm parking area, and then two overlooks a short distance down the Captain Cook Trail from the parking area, explains Vicki Penwell, director of the Cape Perpetua Visitor Center.

That parking area Penwell is referring to is right off Highway 101—there isn’t a sign for Thor’s Well, but it’s there.

The Captain Cook Trail leads directly to the rocks, and low tide is the best time to get as close as you’re comfortable. But always keep alert, notes Penwell. “One of the coast mantras is ‘never turn your back on the ocean.’ Even during low tide, random, large waves called sneaker waves can move up on the shore catching people off guard.”

That sums up the allure of this near mystical stretch of coast, where one minute you can feel one with the moss and the next find yourself blindsided by a seemingly vengeful wave sent by our true underworld: the ocean itself.

6 thoughts on “A Giant Hole was Found in the Ocean…”