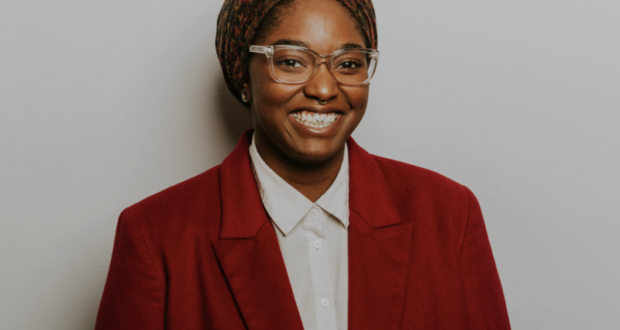 Oklahoma voters elected the first Muslim and openly nonbinary representative to their State House on Tuesday.

Mauree Turner, 27, marked another tally in a series of wins for LGBTQ candidates in 2020, according to The Washington Post. Turner defeated Republican challenger Kelly Barlean to represent Oklahoma’s 88th District in the Oklahoma House of Representatives, which covers parts of Oklahoma City.

“This campaign, this movement that we built really hinged on visibility,” Turner told The Washington Post. “The legislature hasn’t always been a friendly or welcoming place to many folks, and this was about drawing space — not fighting for a seat at the table, but creating a new table altogether.”

Elliot Imse, the fund’s communications director, said that Turner and others broke the “rainbow ceiling,” according to The Washington Post.

“Having our first nonbinary state legislator is in itself an enormous win for the community, but it’s especially so given that it is happening in Oklahoma, of all states,” Imse said to The Washington Post. “Having any LGBTQ person elected there is really exciting.”

In the neighboring state of Kansas, voters also made history by electing their first transgender state legislator this week.

As The Daily Wire reported, Kansas elected a transgender woman to the state legislature Tuesday, marking a first not just for Kansas, but for the entire Midwest.

“We’ve made history here,” Byers said of the outcome, which remains preliminary and contingent upon ballots that were postmarked by Tuesday. “We’ve done something in Kansas most people thought would never happen, and we did it with really no push-back, by just focusing on the issues.”

Byers told The Wichita Eagle that one of the reasons behind the decision to run was the feeling of frustration as a teacher when state representatives would cut school funding. “I didn’t really have much time outside of my class to be able to stand up and say, ‘Hey, this isn’t right,’” Byers said. “And so when I retired, that’s one of the things that kind of percolated around in my head.”