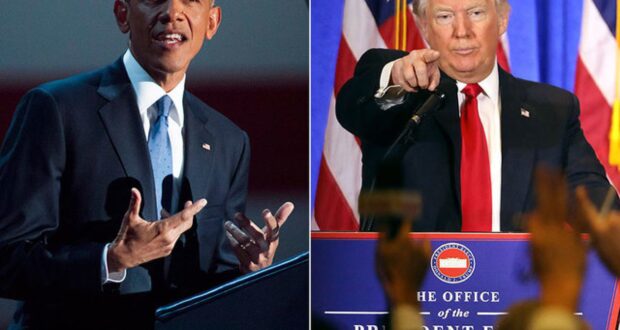 Obama Failed, But Trump Is Succeeding

Barack Obama’s presidency was a disaster for Americans.  He used the 2008 housing crisis to grift trillions of dollars from taxpayers to spread around to campaign donors and lobbyists.  He watched middle-class Americans suffer through the slowest economic recovery since the Great Depression, while dumping money into “green” fantasy boondoggles like Solyndra that only made Obama’s wealthy friends wealthier.  He attacked Americans with good-paying jobs in the oil and mining industries and, in Marie Antoinette fashion, encouraged blue-collar workers whose jobs he killed to “learn to code.”  And he managed to shove a government-run health care system down Americans’ throats that left millions without insurance while increasing the cost of insurance across the board.

By far the most tragic failure of Obama’s presidency was his refusal to bring Americans together, as he had once promised to do during the 2004 Democratic National Convention, when he loftily spoke about the false reality of “red states” and “blue states” and encouraged Americans to see only the United States going forward.  Barack Obama had an opportunity to do what no other president before him could — prove that the United States had succeeded in putting the divisive racial conflicts of the past permanently behind us and rally all Americans together in pursuit of a new American century.

Republicans joined Democrats in the hope that, whatever kind of presidency Barack Obama created, it would generate a welcome sense of solidarity among all Americans.  Had Obama followed through on his 2004 promise to unite Americans regardless of color or ideology, he may well have transformed American electoral politics for good.  He may have even cemented the type of permanent governing majority Democrats have been talking about for twenty years.

Alas, Obama chose no such path.  He chose division as a vehicle for achieving policy victories and the relentless use of racial politics to turn Americans against each other for his own electoral gain.  He never let the facts get in the way of making ordinary Americans appear more racist and America’s local police forces more villainous than at any time in history (both demonstrable lies), and his personal “war on cops” has helped provoke countless attacks on police to this day.  Barack Obama’s conscious choice to use every opportunity to pour salt in the racial wounds of everyday Americans is his most enduring legacy.  We see that in Philadelphia and Minneapolis and Kenosha and anywhere else a civilian confrontation with police escalates immediately into citywide destruction.

So it is surreal to look at the political landscape today and realize that where Barack Obama failed to demolish racial barriers and erect a new governing coalition, Donald Trump is succeeding.  He is right now on the cusp of having a greater share of black and Hispanic votes in the 2020 election than any Republican running for the presidency since Eisenhower, and if he prevails, he may well realign America’s political parties for decades to come.  It is nothing short of astonishing that where Obama’s promise of “hope and change” proved hollow, Donald Trump’s promise to make all of America great again is winning hearts and minds.  Perhaps the president and his MAGA army of “happy warriors” were the ones America was really “waiting for.”

Chasing greatness is a colorblind pursuit, and the more that Americans of any background have come to realize that President Trump is working for them, the more Americans of any background have realized that the “Make America Great” movement belongs to them, too.  There is no secret password, no special attire — only a shared purpose to see America prosper.  When former Democrats are willing to look past media slander and meet MAGA voters in person, they become MAGA voters, too.  That’s what Donald Trump has accomplished by refusing to see any American as outside his party.  He’s the first Republican officeholder who looks around at all Americans and says, “You should be with me.”

Donald Trump ran for office on the promise that he’d be the greatest jobs-creating president in history, and until the Chinese coronavirus struck, there’s no question he kept his word.  For blacks, Hispanics, Asians, and women generally, the unemployment rates had reached all-time lows, and wealth creation had reached all-time highs.  Main Street growth, not Wall Street wealth, has been the key to the president’s economy.  When multinational corporations thrive at the expense of American labor, big government grows, while small communities fall.  When American jobs come home, each American’s success becomes America’s success.  Before the pandemic arrived, Trump created the best economy in fifty years, and as the pandemic politics of this election recede, economic growth is taking off once again.  Whereas Solyndra economics lifts only one yacht, MAGA economics really does lift every vessel, big and small.

But “Making America Great” has been about more than just dollars and cents.  The Trump administration has actively sought to get Americans to look past their differences and toward their common history and heritage.  Forgiveness of each other and pride in where we’re heading together are the twin pillars of this presidency.  It’s why criminal justice reform has been just as important to the White House as middle-class tax cuts and why President Trump has made the Oval Office home to men and women of faith.  It’s also why the president refuses to bow down to the statue-topplers who seek to steal our heroes or the Zinnian re-writers of history who seek to steal America’s great achievements from the past.  Remembering all we’ve accomplished as one nation has never been more important.  Faith as a people, forgiveness of one another, and thankfulness for the country we have built together lift every American vessel, big and small, too.

Democrats have spent this entire election year trying to generate fear in a virus and fear among Americans through racial strife.  Hope and optimism have not been welcome.  Joe Biden’s closing message to America is that a “dark winter” is coming.  He is the first presidential candidate in American history to promise that the worst is on its way.

But fifty-six percent of Americans say they’re better off now than four years ago, even in the middle of 2020’s viral madness and urban insurrection.  No matter how much Big Media and Big Tech distort this presidency, it is clear that President Trump’s message is getting through to Americans who once ignored Republicans completely.  The more that unhappy Democrats see President Trump’s policies as their policies, too, the more it seems likely that Donald Trump will succeed where Barack Obama failed.

“Make America Great Again” has been much more than a slogan; it’s become a kind of national motto and promise.  The 2020 election is now also a chance to make America whole again, too.  That message is stronger than anything Biden or the Democrats have to offer.

Previous: Woman Decapitated at Notre-Dame Church in Paris
Next: Teen Charged After Shooting Friend While Acting Out Rap Music Video