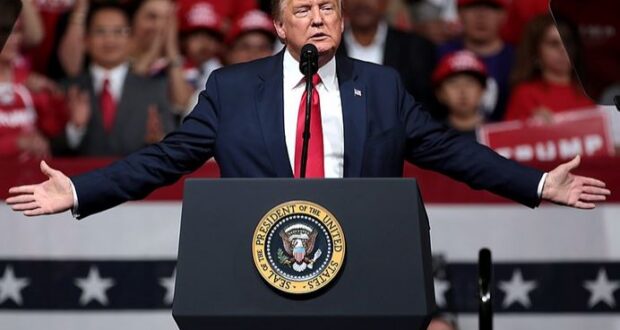 Days after the election, a glance at the Twitter page of Donald Trump presents a truly remarkable sight: the president of the United States is being repeatedly censored by one of the world’s most powerful social media platforms.

Twitter put its first fact-check label over a Trump tweet in May. The platform justified the move by pointing to its newly announced “misleading information” policy, rolled out amid the COVID lockdowns. The new policy blocks out initial posts, replacing them with “labels and warning messages to provide additional explanations or clarifications” on tweets that might present some “risk” of “harm” to the public. Only after clicking on the censoring label can a user read the tweet containing the supposedly “misleading” or “disputed” or “unverified” claim. Twitter offered the following vague criteria for censoring posts:

The first tweets by Trump censored under the new policy concerned the potential threat of voter fraud posed by mass mail-in ballots. “There is NO WAY (ZERO!) that Mail-In Ballots will be anything less than substantially fraudulent,” Trump wrote in a pair of tweets on May 26. “Mail boxes will be robbed, ballots will be forged & even illegally printed out & fraudulently signed. The Governor of California is sending Ballots to millions of people, anyone living in the state, no matter who they are or how they got there, will get one. That will be followed up with professionals telling all of these people, many of whom have never even thought of voting before, how, and for whom, to vote. This will be a Rigged Election. No way!”

Twitter spokesperson Katie Rosborough defended the move, telling CNN Business, “potentially misleading information about voting processes have been labeled to provide additional context around mail-in ballots. This decision is in line with the approach we shared earlier this month.”

It turns out that those May 26 tweets were the first of a rapidly growing collection of Twitter-censored posts. In the 24 hours after the polls closed, roughly every other tweet by the president, all related to this year’s historic election, were censored in some form.

“Last night I was leading, often solidly, in many key States, in almost all instances Democrat run & controlled,” Trump wrote in one fact-checked tweet. “Then, one by one, they started to magically disappear as surprise ballot dumps were counted. VERY STRANGE, and the ‘pollsters’ got it completely & historically wrong!”

“WHAT IS THIS ALL ABOUT?” Trump wrote, citing a censored post by The Daily Wire’s Matt Walsh, in which Walsh asserted, “This is reason enough to go to court. No honest person can look at this and say it’s normal and unconcerning.” The post referenced a since-deleted tweet by Matt Mackowiak pointing out an influx of 138,339 Biden votes in Michigan that Decision Desk HQ later explained as a “data error.”

“We have claimed, for Electoral Vote purposes, the Commonwealth of Pennsylvania (which won’t allow legal observers) the State of Georgia, and the State of North Carolina, each one of which has a BIG Trump lead,” Trump wrote in another pair of tweets that Twitter censored. “Additionally, we hereby claim the State of Michigan if, in fact, there was a large number of secretly dumped ballots as has been widely reported!”

Whether or not one agrees with Twitter that these posts contain “misleading” or “disputed” or “unverified” claims, what Americans are witnessing in real time is a massively influential platform regularly censoring the president of the United States during a pivotal moment in the country’s history.