Home » Love & Life » What IBM Just Apologized for After 52 Years 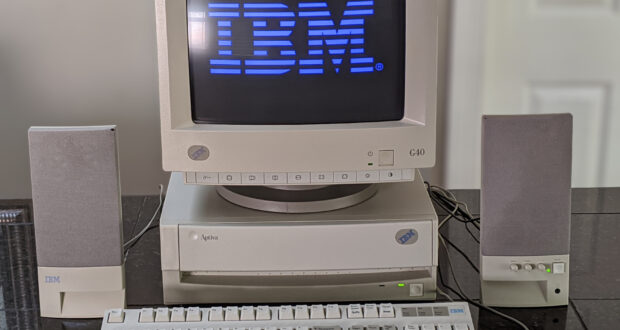 What IBM Just Apologized for After 52 Years

It has taken half a century, but IBM has apologized for its 1968 firing of a young computing pioneer who had shocked the company by revealing herself to be a transgender woman.

“I struggled to hold back tears,” Lynn Conway, 82, told Forbes magazine of the apology made during an online ceremony last month. IBM executives presented her with an award for her lifetime of achievement.

Conway’s life story is intertwined with the decades of development that powered the Internet and led to today’s computers and smartphones, Forbes noted.

Assigned male at birth in Mount Vernon, NY in 1938, Conway was an exceptional child who loved math and science and had a reported IQ of 155, but had struggled with gender identity since an early age.

Educated at MIT and Columbia University, Conway was married and had two young daughters when she joined IBM Research in 1964.

In 1967, she learned about the pioneering gender-transition work of Dr. Harry Benjamin, the Manhattan-based partner of sexologist Alfred Kinsey, Forbes said. With Benjamin’s help, she began the physical transition from male to female.

The financial and personal repercussions were dire. Though her divorce had been amicable, California’s Social Services even barred her from seeing her children.

Despite her undisputed intellect, Conway could only get a new job by adopting a secret new identity, first as an entry-level contract programmer.

But by the early 1970s, she was innovating computer chip design at the soon-to-be-renowned  Xerox Palo Alto Recearch Center.

‘One of the most influential LGBTQ figures in American culture’

And in 1983, Secretary of Defense Caspar Weinberger awarded her a Meritorious Achievement Award for her work in machine intelligence technology.

Through decades of design and teaching, including at the University of Michigan, she never revealed she was transgender except to those closest to her.

She only went public in 1999 — and with the support of her husband since 1987, Charlie — after computer historians began researching her early innovations at IBM, Forbes said.

Since then, Conway has become a transgender activist. In 2014, Time Magazine named her one of the most influential LGBTQ figures in American culture.

“From the 1970s to 1999, I was recognized as breaking the gender barrier in the computer science field as a woman, but in 2000, it became the trasgender barrier I was breaking,” she has jokingly said.

More than an apology

The apology came as Conway was awarded an IBM Lifetime Achievement Award by Diane Gherson, the company’s Senior Vice President of Human Resources.

“Diane delivered the apology with such grace, sincerity and humility,” one of the ceremony’s 1,200 virtual attendees, Anna Nguyen, told Forbes.

It was more than just an apology, Conway told Forbes.

“Instead of just being a resolution of what had happened in 1968, it became a heartfelt group celebration of how far we’ve all come since then,” she said.

Previous: Dying Man Calls Police to Confess to 1995 Murder
Next: Pack of Hyenas Drag Sleeping Elderly Man from Bed and Maul Him to Death