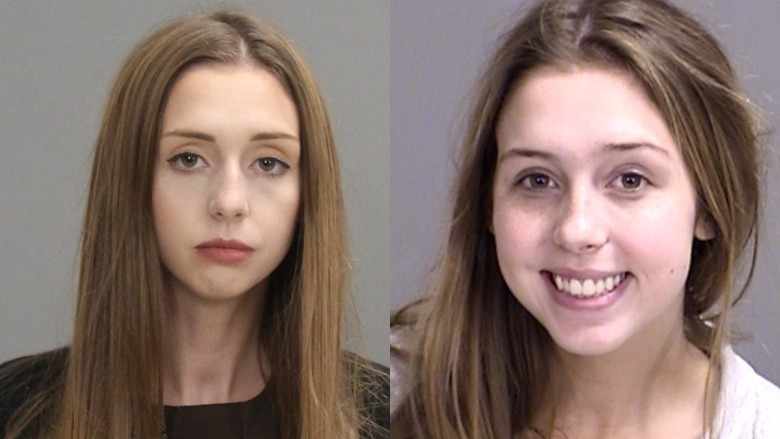 Sarah Elizabeth Furay, the young Texas woman who was nicknamed the “adorable drug kingpin” when she was arrested in 2015, will spend the next eight years in prison after pleading guilty to felony drug trafficking charges.

Furay was a 19-year-old college student when law enforcement officials found a large supply of drugs in her apartment. Furay smiled for the mugshot and the picture went viral online. The case attracted even more attention when it was revealed that Furay’s father worked with the Drug Enforcement Administration, the Eagle reported.

Here’s what you need to know:

Jail records show Furay was living in College Station, Texas, when she was arrested on November 6, 2015. Local newspaper The Eagle reported at the time that law enforcement officials obtained a search warrant for Furay’s apartment because they had evidence to suggest she was selling drugs.

Furay was charged with three felonies for manufacturing and delivery of a controlled substance. The fourth charge was for possession of marijuana, jail records show. Furay was released from custody after posting $39,000 bail.

Furay’s cellphone provided further evidence that the college student had been involved in drug dealing for a significant amount of time. According to the Brazos County District Attorney, Furay’s phone “included thousands of text messages to numerous different customers selling a multitude of different drugs.”

The DA explained that many of those text messages were read before the judge. The messages showed Furay was involved in selling “cocaine, marijuana, MDMA, prescription narcotics and psychedelic drugs.” The prosecutor added that during testimony, Furay admitted that she had “participated in thousands of drug sales as a dealer.”

Assistant District Attorneys Ashley Martin & Brian Baker commented on the impact of Furay’s admitted actions in a written statement: “The ripple effects of one drug dealer’s actions can never be fully identified. We will never know how many people’s lives were truly affected because of Saray Furay’s selfish decision to sell poison for fun. Judge Bryan’s sentence was reflective of that very fact.”

3. Furay’s Father Was a Special Agent With the DEA

LinkedInSarah Furay’s father, William Furay, was a DEA agent at the time of her arrest.

Furay’s case attracted curiosity nationwide in part because of her father’s career. She is the daughter of William Furay, a special agent with the Drug Enforcement Administration. According to his LinkedIn profile, William Furay worked with the DEA for more than 27 years before he retired in December 2017. At the time of his daughter’s arrest, he had just been promoted to Assistant Special Agent in Charge in Houston. From June 2014 to November 2015, he had led a team of DEA agents in Panama.

As KBTX-TV reported, critics speculated about whether Sarah Furay would receive a lighter punishment because of her father’s job. The long delay between her arrest and the indictment may have spurred this theory; Furay was formally indicted 11 months after she was arrested.

But as the Houston Press reported, the reason for the delay was a technical reason. The newspaper, citing College Station Police Department spokesman Lt. Steve Brock, reported that local police did not have their own crime lab. Therefore, they had to send the drugs found in Furay’s apartment to a Texas Department of Public Safety lab to be tested. Due to a backlog at the statewide lab, investigators had to wait eight months to verify the drugs in Furay’s home were real.

4. Furay Graduated From Texas A&M University While Her Case Proceeded

Furay was a student at Blinn College at the time of her arrest, the Houston Chronicle reported. KBTX-TV reported in December 2015 that Furay was evicted from her apartment in College Station shortly after her arrest. One of Furay’s former roommates told the TV station that she had been unaware Furay had been dealing drugs.

It’s unclear how long Furay remained at Blinn College but she did earn a college degree while her case proceeded. According to the Brazos County District Attorney news release, Furay graduated from Texas A&M University. During testimony, she acknowledged to the court that she was in a “privileged position” because her family had been able to post her bond. This enabled her to continue her education despite the charges against her.

5. Furay Could Have Faced Several Decades in Prison

Brazos County SheriffSarah Furay was sentenced to 8 years in prison for drug dealing.

Jail records showed the state charge carried a two-year sentence. She faced eight years in prison for each of the three drug-dealing charges. However, the judge decided that Furay could serve all of these sentences at the same time, KBTX-TV reported.

Furay could have faced an even longer sentence than that. The Eagle reported in 2015 that the maximum sentences for the three felony drug-dealing charges could have added up to 215 years in prison.

Jail records show Furay was booked into the Brazos County Detention Center on December 3. This time, she did not smile for the mugshot. Furay is awaiting transfer to state prison.