Delta Passenger Jumps Out of Moving Plane with Dog 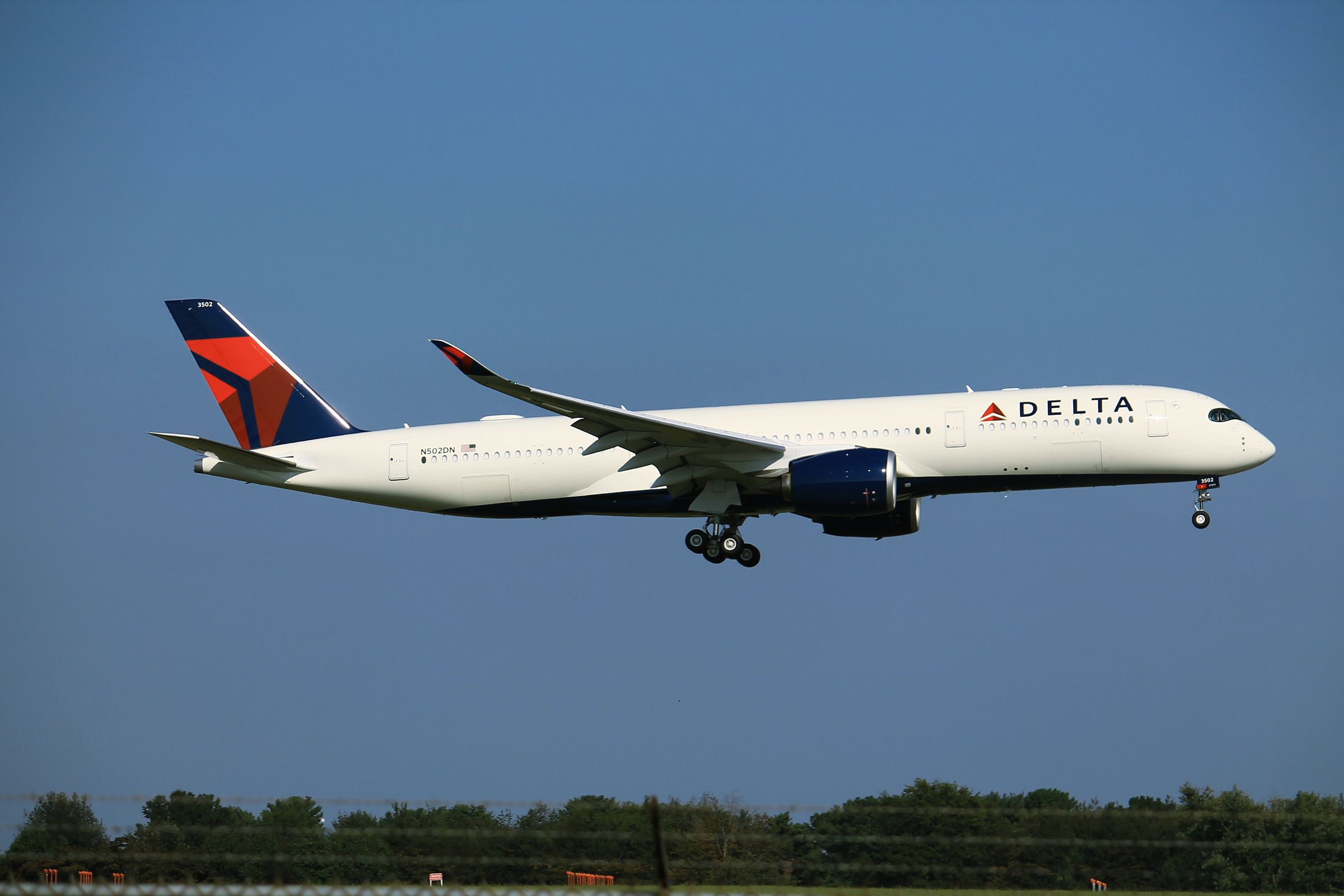 Two passengers and their dog exited a Delta plane as it taxied onto a runway. One of those passengers is now claiming he needed to leave the plane or he would “lose control.”

The flight was leaving LaGuardia Airport in New York to go to Atlanta. One of the passengers opened a cabin door and activated the exit slide to leave the plane before it was about to takeoff.

The two passengers, Antonio Murdock, 31, and Brianna Greco, 23, of Florida, both face criminal tresspass charges, according to Lenis Valens, a spokeswoman for Port Authority of New York and New Jersey.

Valens said that Murdock was also charged with criminal mischief and reckless endangerment.

A flight attendant on the flight told authorities that she saw a man and a woman walking through the plane.

According to the flight attendant’s statement, she heard the man say something along the lines of, “I need to get off the plane, I don’t want to sit here, I’m gonna pop the door.”

Murdock then made his way past the flight attendant and opened a door marked “emergency exit,” which caused the attached slide to deploy and inflate. The man then picked up his dog and went down the slide.

Greco then followed Murdock down the slide. The two, along with their dog, walked away from the plane onto the taxiway. Authorities later found them in a restricted area.

According to the flight attendant, there was no situation on the plane that warranted Murdock to open the emergency door.

Casey Johnson, a Manhattan resident flying home to his family in Panama City Beach, Florida, told CNN that he had switched seats with the couple and their dog at the gate. Johnson said the couple was pleasant and nothing appeared out of the ordinary to him during their interaction. According to him, Murdock was “soft spoken.” Murdock asked to switch rows with Johnson so that they could have the last aisle of the plane to accommodate their dog.

But just a few minutes later, the couple moved up several seats, according to Johnson. He said, “I do actually remember thinking, ‘Well, you guys just asked me to swap rows with you because you wanted to be in the back, and now all of a sudden you decided you want to be forward.'” He continued, “and the next thing I know, I look up while we’re moving, and I just see … I see lots of people standing up, and I see like four people running towards the front of the plane. And at this point those must have been passengers that were running to try to, like, stop the person.”

According to Johnson, the pilot announced to passengers that the slide had been deployed and the door was opened, but he did not say that passengers had exited the plane.

Johnson said the plane sat on the tarmac for over an hour before returning to the gate.

After Murdock and Greco fled the plane, the flight went back to the gate and passengers were moved to different flights.

“Maintenance technicians have evaluated the aircraft, and (it) is scheduled to return to service this evening,” a spokesperson for Delta said.

Murdock is due back in court on February 9, and Greco is scheduled to appear on March 21, the Queens District Attorney’s Office said.