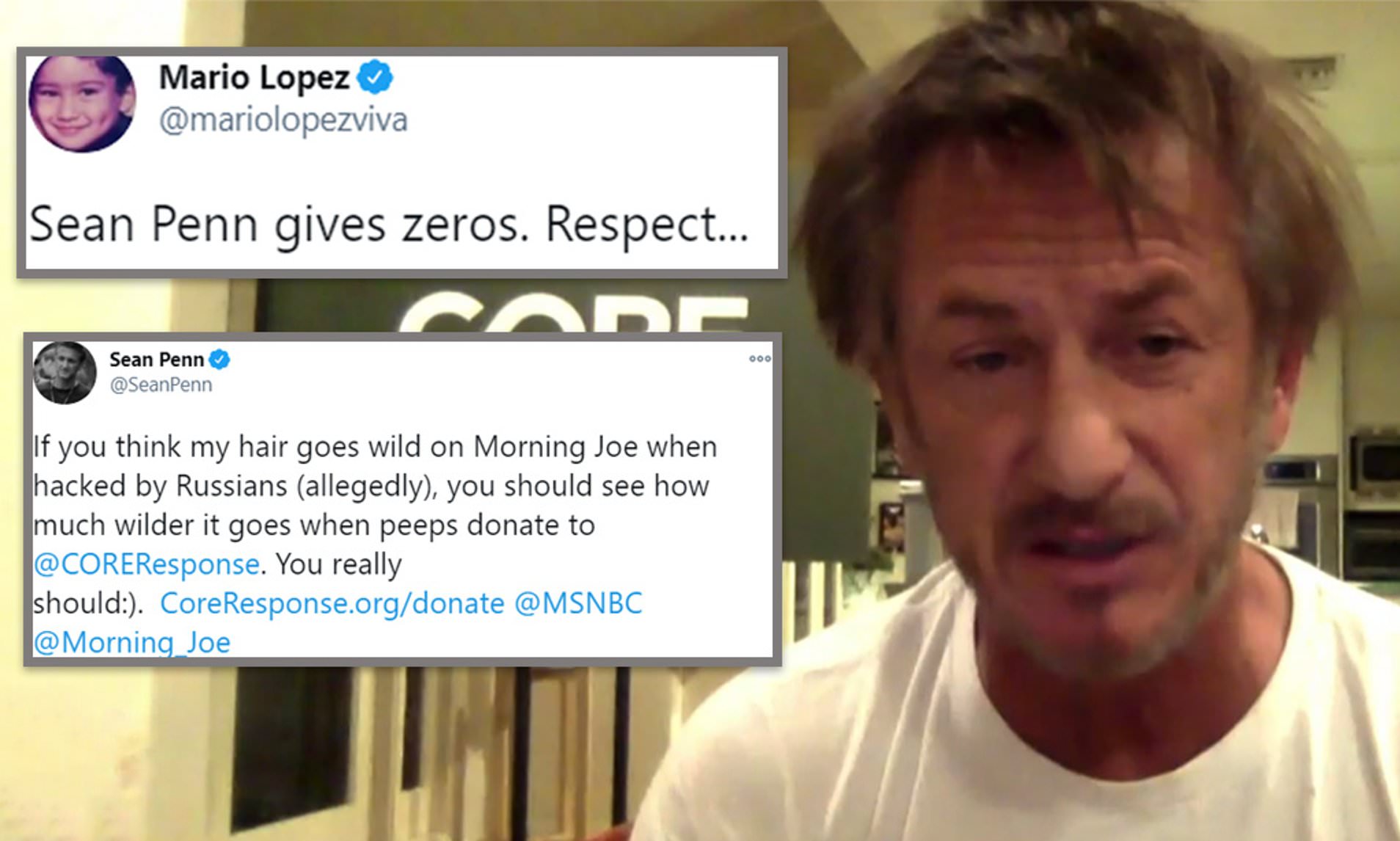 “Morning Joe” viewers on Tuesday couldn’t help wondering if actor Sean Penn thought his segment on the show was “audio only” after catching a glimpse of his unkempt, just-out-of-bed “homeless” appearance. While Penn’s background was tidy enough, his hair sprang at all angles out from his head and his shirt was wrinkled.

Cable news morning shows typically run from 6 a.m. ET to 9 a.m. ET and Penn was on MSNBC around 8:30 a.m. ET to discuss his nonprofit, CORE, which is working to provide free COVID-19 tests around Los Angeles and elsewhere in the United States.

It might have been early for the star, but viewers cut him absolutely no slack, with one tweeting that his look was distracting from his message about the nonprofit’s charitable work.

“You are doing great work @SeanPenn,” quipped another viewer on Twitter, “just rolling out of bed for Morning Joe.”

Others offered a less serious take and congratulated him on “being the look of 2020” or suggested placing a screenshot of his appearance in a time capsule to commemorate the year defined by a pandemic, working from home, a wild election and ongoing civil unrest.

“And the award for Non-Mugshot That Looks Most Like a Mugshot goes to Sean Penn! Congratulations, Sean!” Baltimore journalist Max Weiss tweeted.

There was even some chatter that Penn’s look was attributable to how hard he’s working for the good of others.

“Idk why but this pic really brings tears to my eyes!” wrote one user. “This is what using your privilege looks like! Sean Penn has 0 f—s to give to his hair bc all of his f—s are going to helping those who were crushed by this pandemic!!!!!!!! Hella Respect.”

The actor and activist himself responded to the commentary with an appeal for donations to his charity: “If you think my hair goes wild on Morning Joe when hacked by Russians (allegedly), you should see how much wilder it goes when peeps donate to @COREResponse.”

This picture of Sean Penn is the most accurate representation of 2020 I’ve ever seen. https://t.co/b5pCtUBSn1

What in the actual fuck? When did Sean Penn become homeless? Is that a bird on his head? pic.twitter.com/l9hAG0nLWH

And the award for Non-Mugshot That Looks Most Like a Mugshot goes to Sean Penn! Congratulations, Sean! pic.twitter.com/f74jUnT329

Watch his segment above, via MSNBC.