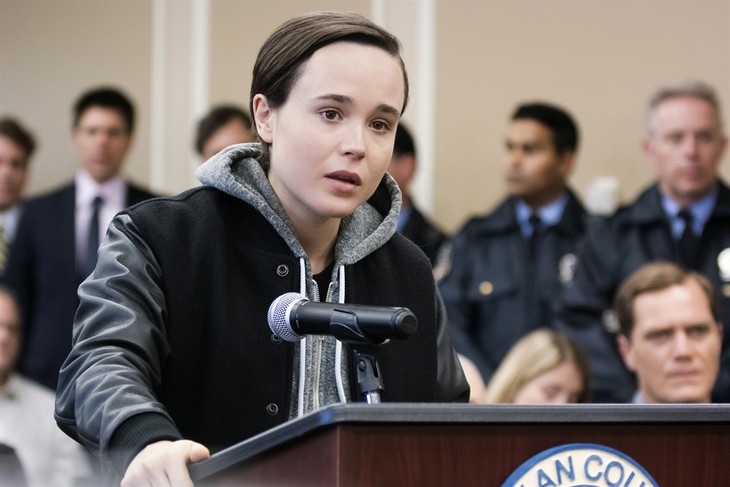 Ellen Page, the 33-year-old entertainer generally known for her lead spot in the 2007 film Juno, has come out as transsexual. She presently wants to pass by the name “Elliot” and utilize male pronouns.

“Hi friends. I want to share with you that I am trans, my pronouns are he/they and my name is Elliot. I feel lucky to be writing this. To be here. To have arrived at this place in my life,” she wrote in a lengthy statement posted to Twitter. “I feel overwhelming gratitude for the incredible people who have supported me along this journey. I can’t begin to express how remarkable it feels to finally love who I am enough to pursue my authentic self.”

Naturally, the actress used her statement to comment on the trials and tribulations of the trans community she now so “bravely” considers herself to be a part of.

“I also ask for patience. My joy is real, but it is also fragile,” she wrote. “The truth is, despite feeling profoundly happy right now and knowing how much privilege I carry, I am also scared. I’m scared of the invasiveness, the hate, the ‘jokes’ and of violence. To be clear, I am not trying to dampen a moment that is joyous and one that I celebrate, but I want to address the full picture. The statistics are staggering. The discrimination towards trans people is rife, insidious and cruel, resulting in horrific consequences. In 2020 alone, it has been reported that at least 40 transgender people have been murdered, the majority of which were Black and Latinx trans women.”

After summarizing the plight of the transgender community, Page quickly adopts their “struggle” as her own. “I am one of those people and we won won’t be silent in the face of your attacks.”

Her Wikipedia page and IMDB page have both been updated to reflect her new name, with the former being completely updated to use her preferred pronouns.

She previously came out as a lesbian in 2014.

Her statement makes no mention of any plans to undergo hormone treatments or any cosmetic surgeries to “transition,” or whether she will only accept roles for male characters in future acting projects.