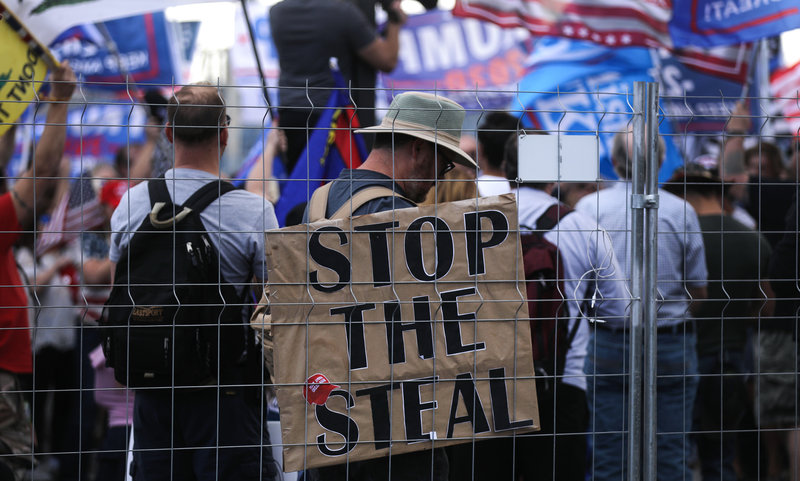 President Trump continues to insist that the election was “rigged” and stolen from him. The president went on a rant over the weekend, saying that if the shoe were on the other foot, the Dems “would fight to the death” to overturn the results of the election.

In a Tweet, on Saturday, the president said, “If a Democrat Presidential Candidate had an Election Rigged & Stolen, with proof of such acts at a level never seen before, the Democrat Senators would consider it an act of war, and fight to the death. Mitch & the Republicans do NOTHING, just want to let it pass. NO FIGHT!”

Legally, an act of war was defined in 1973 by the “War Powers Act.” According to Producer and Host of C-Span John Mcardle, “the constitutional powers of the President as Commander in Chief to introduce the United States Armed Forces into hostilities are exercised only pursuant to a: Declaration of war, specific statutory authority, or a national emergency created by an attack upon the United States, its territories, or its possessions, or its armed forces.”

So, was Trump’s Tweet just typical of his usual tirade against the Dems and the stolen election, or was it something more? Was his use of the term “Act of War” a thinly veiled threat that he might – as the current Commander in Chief –  use the US military to intervene in overturning the election results? As we draw closer to Joe Biden’s contested inauguration, only time will tell.