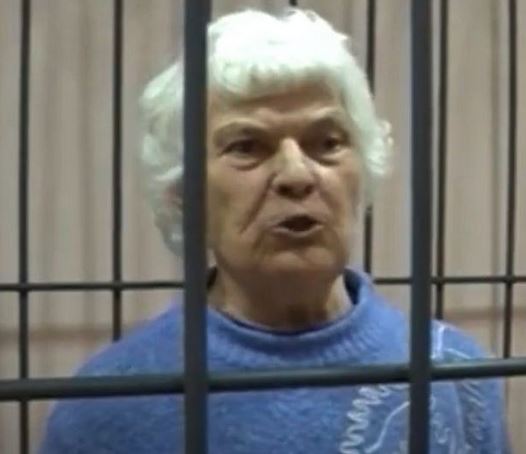 A grandma who allegedly gave out jellied snacks made out of the flesh of people she claimed to kill has died of Covid-19.

81-year-old Sofya Zhukova died in a Russian prison where she awaited prosecution over at least three murders, although police suspect there may be more victims.

According to police, Sofya’s victims include an 8-year-old girl she killed who threw ice cream at Sofya after being told to be quiet.

Sweeney Todd is a British Victorian tale about a barber who sells people pies made out of human flesh.

Some fragments of human remains were found at the time. Authorities identified them as belonging to the 8-year-old child, shocking the girl’s mother Natalya Alekseenko.

Even when she was put on trial, she refused to accept that her daughter might not still be alive somewhere.

Police say Sofya began the murders in 2005 after the death of her husband.

She was held by police after a janitor named Vasily Shlyakhtich, 52, who had agreed to rent a room in Sofya’s apartment in the village of Berezovka,  vanished in January 2019.

According to locals, Sofya spent years working as a laborer, and she was strong for her age. She was also often seen carrying an axe with her.

They had often complained about her killing local cats, but had never suspected her of killing people.

One local said, “We always found it strange that despite being surly and unfriendly, she would often find the time to cook things for the local children. They were always meat dishes. Sometimes she gave them to the adults, she bought me and my husband plates with jellied meat.”

She continued, “I remember it well because my husband said let’s not eat it, you never know what it was made from, and now it looks like he was right.”

Police had claimed that she used meat from the people she killed for the dishes.

The three murders she was on trial for include the 8-year-old girl, Mr. Shlyakhtich, and a 77-year-old woman.

The case was delayed because of the coronavirus lockdowns.