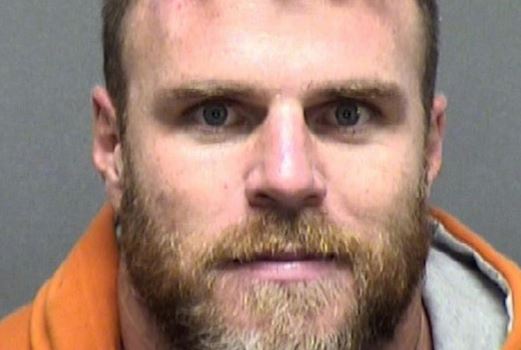 According to reports, a dog owner has been arrested after carrying around his dead pet for “one last walk.”

After arriving at 40-year-old William Rose’s home in San Antonio, Texas, police were told that his dog died from depression.

The incident happened in August, but Rose was arrested for it on Monday.

Neighbors called the police after Rose told them he was taking his dead dog for “one last walk.”

One witness saw what looked like wire wrapped around the animal’s neck. Another neighbor saw Rose putting his dead dog on a makeshift shrine behind his apartment.

Police found ligature marks around the dog’s neck, and an autopsy later revealed that the animal was likely strangled to death.

Rose was in prison in September for a separate offense, where he gave authorities a different account of his dog’s death. He claims an apartment security guard told him to put his dog on a leash while he had the pet out for a walk.

Rose said he did not have a leash, so decided to grab the dog by its collar, lifting the animal’s front paws off the ground.

Rose claims he didn’t realize the pet was struggling to breathe until the end of the 20-minute walk.

He then left his apartment with the animal inside and found him dead when he returned. Rose also told police that he planned to take the dog on one last walk before tossing it in a dumpster.

Rose has been charged with cruelty to non-livestock animals. A $25,000 bond has been set.