Man Chooses Jail Time Rather Than Give Up His Dog 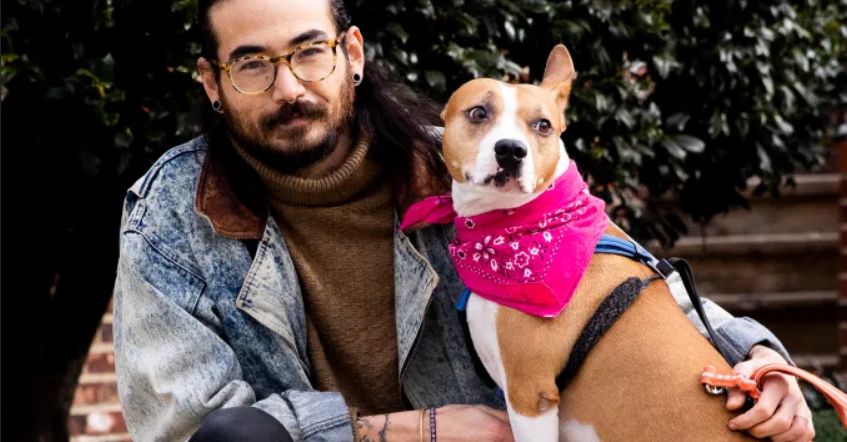 A dog is a man’s best friend, even if he is your coworker. At least that must be the way Barry Myrick feels.

The pest control professional is in a fight with his former employer, M&M Environmental in Queens, over his loyal partner — a bedbug-sniffing pit bull mix named Roxy.

“She’s my best friend,” said Myrick, who even has a tattoo of Roxy on his leg. “I committed to her long ago, and nothing’s going to come between me and her.”

Myrick, 37, had worked with Roxy for four years, inspecting commercial and residential properties, before he was laid off from the company in March.

Although the dog had been provided by M&M, which covered her food and veterinary bills, she lived with Myrick and his wife, Joana, ever since he picked her up in Florida after she received specialized training paid for by M&M.

On and off work, Myrick and Roxy have been inseparable ever since, enjoying hiking trips to Bear Mountain and vacations in Woodstock. “She’s a part of our family. This is the closest to kids we’ll have,” said Myrick, who doesn’t plan to have children.

But things turned “ruff” when, not long after the pandemic started, Myrick chose to be laid off rather than pivot and work for M&M as a COVID cleaner without Roxy. He returned his company vehicle, credit cards, and equipment, but not his pup partner, explaining that a manager had said to him, “You’re going to keep Roxy, right?”

On June 25, M&M sent a letter to Myrick calling the dog “company property” and demanding that she be returned immediately. When Myrick refused, M&M pursued legal action, reporting that Roxy was stolen and leading the Queens District Attorney’s Office to slap Myrick with charges of grand larceny.

The barking mad Myrick chose to be jailed rather than part with his precious pooch.

Still refusing to give up Roxy, Myrick in August surrendered to the NYPD. “I spent 15 hours in jail. I wouldn’t wish that on my worst enemy,” said Myrick, who shared a cell with some 20 others. “The stories I heard were unreal — someone beat their stepdad with a baseball bat. I couldn’t tell anyone I was there for a puppy.”

M&M told The NY Post in a statement that the company always intended to rehire Myrick and that managers expected he would return to work by June.

But Myrick had moved from Brooklyn to Philadelphia in May and says he would not have left the city if he believed he would get his job back.

He admitted to The Post that in 2016, he signed a contract that “said that if I were to be terminated or if I were no longer working there, I would have to return Roxy.” But he alleged that M&M forfeited its claim to her when the company laid him off and didn’t ask for her back.

“When they left the dog with him in March, [M&M] made no arrangement … to get the dog or pay for the dog in the interim,” said Myrick’s lawyer, William J. Kurtz.

For now, a Queens judge — citing prior divorce-case custody rulings — is letting Myrick keep Roxy until the case is settled. M&M, however, said Roxy is a working dog, and this is a case of ownership, not custody.

What do you think, who does Roxy “belong” to, Myrick or his former employer? Please reply using the comments below!

Woman Spots ‘Monster’ During A Trip To The Beach