Singer Tied Up With Christmas Lights And Shot to Death 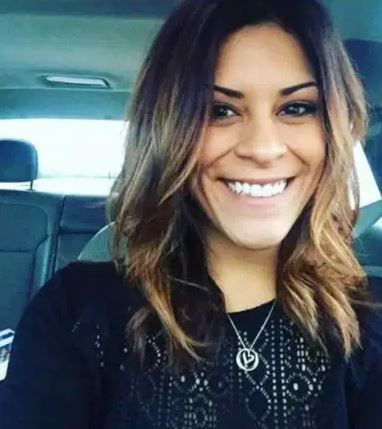 A third suspect has been arrested for the murder of Egypt Covington, a 27-year-old singer, who was tied up with Christmas tree lights and shot to death in her Michigan home in June 2017. No arrests were made until over three years later.

28-year-old Shandon Groom from Toledo, Ohio is the third person to be charged in Covington’s murder, following the arrests of 34-year-old Timothy Moore, also from Toledo, and 31-year-old Shane Evans, from Sumpter Township, Michigan, in November and December of 2020.

A fourth suspect was also arrested but later released. Their identity has not been released. Michigan State Police First Lieutenant Michael Shaw told the Detroit Free Press that the investigation is “still open” and would not comment on whether more charges are expected.

On June 23, 2017, Covington was found dead in her home with a gunshot wound to the head. At the time, police said that the shooting did not appear to be random.

The Detroit Free Press wrote that Covington was last seen alive on June 22, 2017 at a yoga class before going home.

The next day, her boyfriend went to check on her because she wasn’t answering her phone. When he arrived at her home, he discovered her body. According to the Detroit Free Press, her body was found in the living room with her wrists bound with Christmas lights.

Covington’s family was becoming frustrated at the lack of developments in the case in the three years following her death. They created a Facebook group titled “Justice for Egypt” to push for the Michigan State Police to take over the investigation from the Van Buren Township Police Department.

According to the Facebook page, “VanBuren Township Police Dept. (VBTP) has been hiding behind the cloak of ‘this is an open investigation’ for too long. They have messed up this case immensely and we can no longer be quiet. … We believe that the only chance to find JUSTICE FOR EGYPT is for VBTP to give up the case to the State of Michigan. We need your help!”

After the first two arrests were announced in late 2020, Covington’s older brother D’Wayne Turner told the Detroit Free Press, “We’re definitely going to have a celebration. We’re pretty limited on information. But the state detectives gave us a call that two people were arrested.” Covington’s father, Chuck Covington, spoke to the Detroit Free Press after the Michigan State Police announced the third arrest, saying, “It’s something we never would have wanted to go through in the first place. But, at least there’s a beginning for closure for all of us.”

It is unknown at this time whether Covington knew any of the suspects. Many details about the circumstances of her death have not been made public, and Shaw has declined to share a possible motive in the slaying.