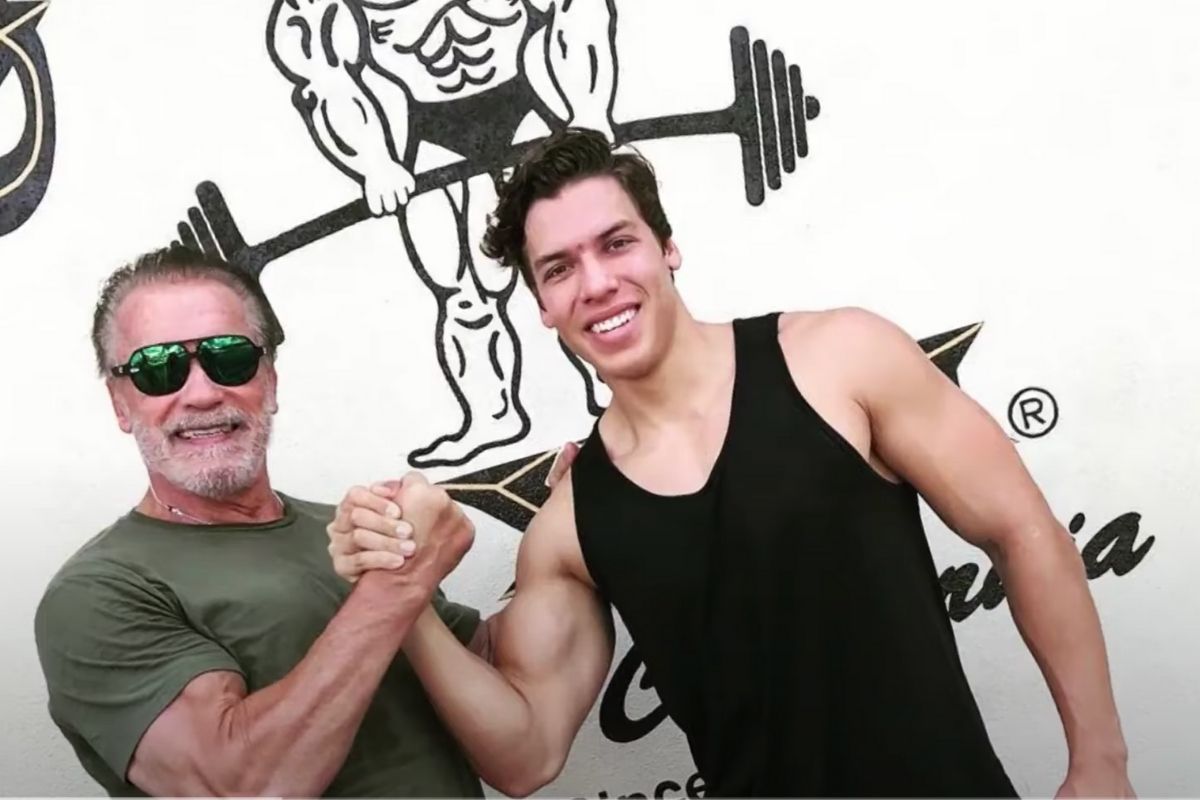 Arnold Schwarzenegger had four children with his ex-wife Maria Shriver: Katherine, Christina, Patrick, and Christopher. The youngest, Christopher, was born in 1997… the same year as Schwarzenegger’s illegitimate son Joseph. In fact, the boys are less than one week apart in age! Patrick Schwarzenegger was born on September 27, 1997. Just five days later, Joseph Baena was born.

During a Sixty Minutes interview in 2012, Arnold Schwarzenegger claimed that he did not realize Joseph Baena was biologically his until the boy “started looking like me, that’s when I kind of got it. I put things together.” By that point, Baena was seven or eight years old. Immediately, Schwarzenegger began financially providing for the Baenas. In 2010, he bought t a four-bedroom house in Bakersfield, California for the mother and son. At the start of 2011, Schwarzenegger left public office and Arnold Schwarzenegger has said that he revealed the truth to Maria Shriver at this time. On May 9, 2011, the couple split with Shriver moving out of their Brentwood mansion. The following week, The Los Angeles Times broke the salacious story of Schwarzenegger’s secret love child broke.

As the son of Mildred Baena, the Schwarznegger housekeeper, Joseph grew up around the Schwarzenegger family and estate. An anonymous source told Page Six that while daughters Katherine and Christine have virtually no relationship with their half-sibling Joseph, the younger sons are presumably closer with him. Joseph was noticeably not present at his half-sister’s wedding to Chris Pratt in 2019. Regardless of the brush-off, Jospeph commented sweetly on Katherine’s Instagram photo: “Congratulations!” followed by fun emojis.

Whether or not Baena is fully accepted by the entire family, Arnold Schwarzenegger does not shy from publicly embracing his son on social media. Despite the years of secrecy, Baena appears to have a great relationship with his famous father. On Baena’s birthday, Schwarzenegger wrote: “Happy birthday, Joseph. Great student, great athlete. I’m so proud of you and I love you!” See below, a proud shot of the pair from Baena’s graduation at Pepperdine University in 2019. At college, Baena studied business.

Other online pics of Joseph Baena reveal insight into his personality. And of all the Schwarzenegger children, it seems like the youngest son most takes after dad. Baena’s passion is bodybuilding and his Instagram includes many Mr. Olympia-lookalike photos, with Baena and friends flexing at the gym. Even during the pandemic, there they are, bench-pressing in face masks. In one trending photo, Joseph recreates a moment from Pumping Iron directly. All in all, a bodybuilder-business man seems exactly like the kind of son you’d imagine for the Governator Arnold Schwarzenegger. With age, we look forward to Baena gaining more time in the spotlight. After a childhood spent hiding his identity, he deserves it.