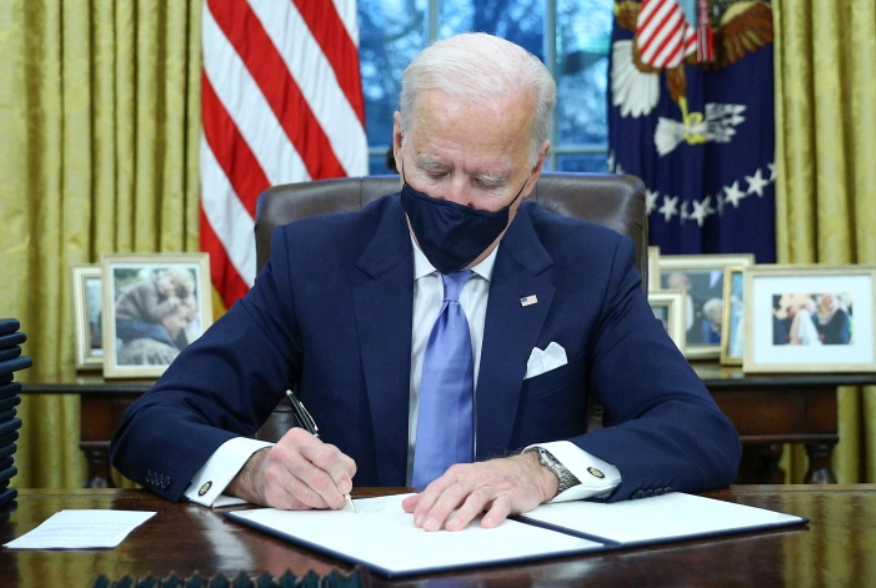 In an astounding abuse of presidential authority, the Biden administration has imposed a record number of presidential actions. As of Friday, January 29, Biden has pushed over 40 executive orders, directives, and moratoriums in his first ten days in office.

Several of his actions aimed to reverse President Trump’s immigration and climate policies and replace them with his agenda.

The Biden administration has also been trying to push a nearly $2 trillion stimulus package through Congress.

“The notion here is we have to act now. There’s no time for any delay,” Biden stated. “So we can end up with four million fewer jobs this year, according to Moody’s the Wall Street firm, and it could take a year longer to return to full employment if we don’t act and don’t act now.”

Representative Lauren Boebert (R-Colo.) criticized Biden for the large number of executive orders he has issued.

Former New York Mayor Rudy Giuliani, who served as former President Donald Trump’s personal lawyer, was also critical. “Biden once said that excessive reliance on executive orders, ignoring the Legislature, is dictatorial,” Giuliani said. “Well, Joe do you remember saying that it could be dictatorial. Are you aware enough that it now applies to you?”

It’s too early to tell if Biden will issue an unusual number of executive orders during his term. The initial slew of orders appears to be a reaction to the Trump policies that were still in place.

Biden is expected to slow down rolling out executive orders next week as he looks to shift gears to tackling the COVID-19 pandemic – but how far he is willing to use or abuse his newly found executive power remains to be seen.

10 thoughts on “Biden’s Record-Breaking Executive Orders – An Abuse of Power?”