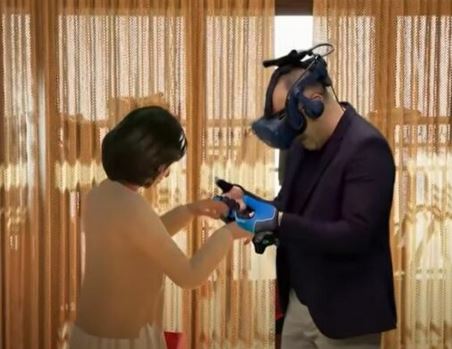 A man was brought to tears after being reunited with his dead wife via virtual reality.

The experience was part of a TV documentary that allows grieving family members to “reunite” with their deceased loved ones through virtual reality.

Kim Jung-Soo of South Korea appeared on the MBC documentary titled I Met You (translated from Korean).

The “reunion” took 6 months to prepare. Experts recreated Kim’s wife’s movements and voice. They used an actor’s voice to make the virtual reality sound as close to Kim’s wife as possible.

Kim’s wife passed away due to a serious illness. Kim was left to raise their five children on his own.

The father-of-five had one wish in life: to see his wife, “even just her shadow” one last time.

Jong-yun, Kim’s second oldest daughter, spoke about the sweet relationship her parents had. “He would kiss her from time to time when working, when eating, or when watching TV. Even when my mother was sick and lost her hair, my father would say that she was pretty and carried her around,” she said.

Woman Spots ‘Monster’ During A Trip To The Beach