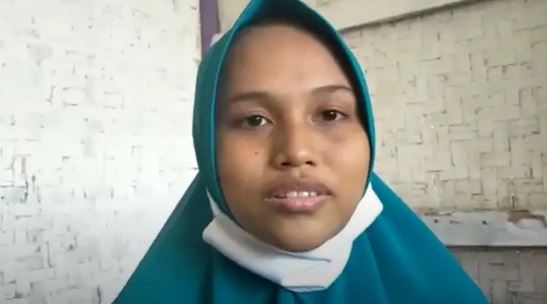 Police in Indonesia are investigating the case of a young woman who claims she got pregnant by a gust of wind and gave birth an hour later.

Siti Zainah, 25, gave birth to a baby girl last week in the town of Cianjur in the southern Indonesian province of West Java.

Siti told a local news outlet that she was in her living room when she became pregnant from the wind and had given birth within the hour.

“After afternoon prayer, I was lying face down and then suddenly I felt a gust of wind enter my vagina,” she said.

Siti said that 15 minutes later she felt a pain in her stomach that got worse and worse. She then went to a community health clinic, where she gave birth to her daughter.

News about Siti’s pregnancy spread fast around the town, and local authorities went to visit her house.

Eman Sulaeman, the director of Cidaun’s community clinic, said, “I went to the location with the sub-precinct chief and district head. The mother and baby are in a healthy condition and the birth process was normal. The baby’s gender is female and she weighs 2.9 kilogrammes.”

Eman believes that Siti experienced a cryptic pregnancy, which is when the mother is not aware she is pregnant until she goes into labor.

Siti has one previous child with her husband, whom she separated from four months ago.

A police spokesperson confirmed they went to the woman’s house to investigate, saying they wanted to stop the rumors from going any further.

“The point is that we want to straighten out the confusing news about the pregnant woman who gave birth in a way perceived to be unnatural. We don’t want this matter to foster wild rumors among the public,” Officer Sumardi said.

Last February, Indonesian child protection chief Sitti Hikmawatty was called to resign after she warned women they could get pregnant swimming in the same pool as males with “strong sperm.”

“An especially strong type of male sperm could cause pregnancy even without penetration’ because ‘no one knows for sure how men react to the sight of women in a swimming pool,” she falsely claimed.

How This Toddler Accidentally Saved His Father’s Life