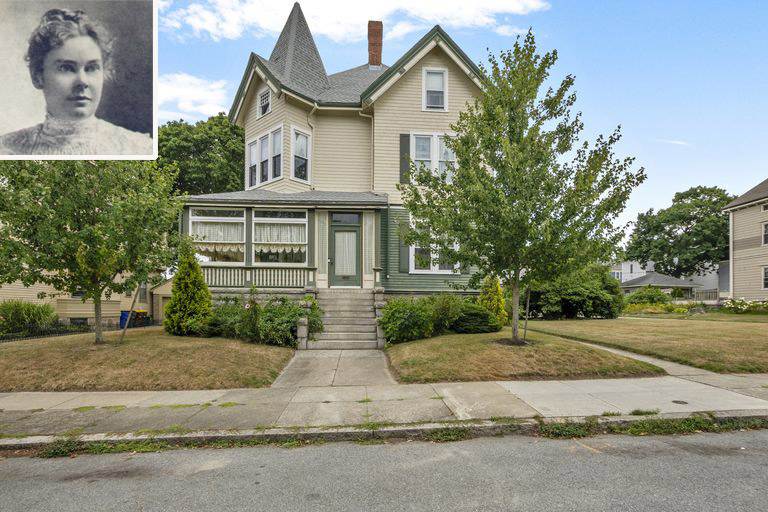 “Lizzie Borden took an ax and gave her mother 40 whacks…” or did she? We may never know the truth of the horrid crime Lizzie was accused of, but the house in Fall River, MA – once listed as one of the “most haunted places in America” has just been sold.

The “Borden House,” as it is known, was officially listed for sale earlier this month, and apparently, it is already under contract. Located in picturesque Fall River, Massachusetts, the home boasts eight bedrooms—plus, it has the charming honor of being the site of two notorious 19th-century ax murders. The official MLS “for sale” listing went as follows:

Welcome to the ORIGINAL house where Lizzie Borden was accused (and acquitted) of the brutal double ax murders of her father, Andrew, and stepmother, Abby, that occurred on that warm summer day of August 4, 1892. This is an unbelievable opportunity to own and operate one of New England’s top tourist attractions. Entertain visitors from all over the world. This is a turnkey operation, running lucrative day tours and evening events, and as a popular bed and breakfast destination. Picture yourself serving fun hatchet cookies, tiny johnny cakes, and a scrumptious breakfast to overnight guests who have just enjoyed an experience of a lifetime! Owners retirement is your gain! Sale includes business, trademarks, intellectual rights, and property. Can also be purchased with the Victorian mansion, “Maplecroft,” where Lizzie lived the rest of her life after she was acquitted. See MLS# 72714741.

On August 4, 1892, Andrew and Abby Borden were brutally murdered with a hatchet in their own home. Suspicion soon turned to Andrew’s 32-year-old daughter Lizzie, and she was charged with delivering the gruesome fatal blows.

Lizzie was acquitted of the crime, but doubts about her innocence persisted. The story of the bloodthirsty murderess Lizzie Borden has since become a fixture of American pop culture.

In 1996, the home at 230 2nd St. was converted to a bed and breakfast, where brave guests, including yours truly, whose wife grew up in Fall River, could visit or opt to stay the night. Ever since the Borden’s met their ghastly end within those walls, the house was said to be haunted.

The house was listed for sale on February 3 for $2 million, and it seems that an offer is pending. According to news station WJAR, real estate agent, Suzanne St. John has “not spoken to anybody who does not want to keep it a bed and breakfast.”

For now, it appears likely that the home will keep its doors open to visitors seeking paranormal experiences. In the meantime, you can take a virtual tour of the house to peer into the very rooms where the infamous murders took place.