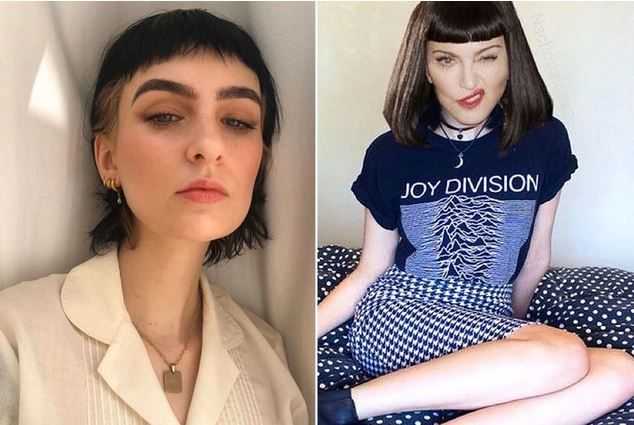 Madonna has been accused of Photoshopping her face onto another woman’s body.

The pop singer posted the photo back in 2015. But TikTok user Amelia Goldie recently expressed her confusion about the picture on her profile.

The photo, which Madonna posted on Instagram, showed her sitting on a bed wearing a Joy Division band t-shirt, a houndstooth skirt, and black boots.

“I look Kewl………” the caption says. Just by looking at the photo, you can see Madonna’s head looks a little too big for her body.

The photo is still up on her Instagram page and viewable to anyone who follows the singer.

However, Amelia noticed that it looks a lot like a picture of herself. She shared the realization with her TikTok followers.

“Madonna Photoshopped her head onto my body and it’s still on her Instagram,” Amelia captioned her video.

The TikTok has been liked over a quarter of a million times.

“The photoshop is so obvious, her head is disproportionate and the skin tones don’t match,” one user commented.

“What a mess,” another said.

“I told my parents and they still think it’s a joke and can’t comprehend how or why it’s happened. It’s hilarious. I’m surprised it’s still up, honestly,” Goldie said.

One thought on “Did Madonna Photoshop Her Head Onto Another Woman’s Body?”