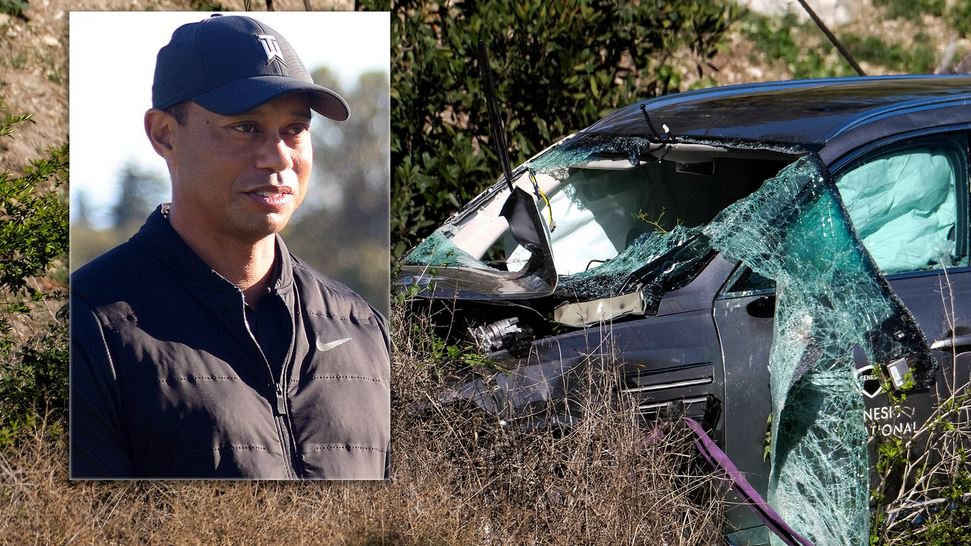 According to a new report by forensic car accident experts, golf legend Tiger Woods may have been distracted or fallen asleep at the wheel of the luxury SUV he was driving before last week’s crash.

Woods, 45, was driving along a windy and steep stretch of road in southern California on Feb. 23. He crossed the median and two lanes of oncoming traffic before hitting a tree and rolling the vehicle over at least once, coming to rest 400 feet away in a ravine.

“To me, this is like a classic case of falling asleep behind the wheel, because the road curves and his vehicle goes straight,” Jonathan Cherney, a consultant who serves as an expert witness in court cases told USA Today.

“The same experts also say the evidence does not indicate he lost control of his vehicle because of excessive speed on a curved downhill road that is known for speeding cars. They arrived at this theory based on several factors, especially the way Woods’ vehicle appeared to keep going straight ahead instead of staying on the road as it curved right,” USA Today wrote.

Woods suffered devastating injuries in the one-car accident. He has undergone one surgery to fix the compound fractures in his leg. More surgeries are expected.

Cherney, a former police detective, has examined the Woods’ crash site in person since the accident, USA Today reports.

“It’s a drift off the road, almost like he was either unconscious, suffering from a medical episode or fell asleep and didn’t wake up until he was off the road and that’s where the brake application came in,” Cherney said.

There were no tire marks on the road, according to Los Angeles County Sheriff Alex Villanueva. But the 2021 Genesis GV80 Woods was driving had anti-lock brakes, and Felix Lee, an accident reconstruction expert, said with those types of brakes, “you wouldn’t necessarily see tire marks.”

“My feeling is that speed wasn’t that much of an issue,” Lee said. “It was just some kind of inattention that caused the curb strike.”

Rami Hashish is an expert in car accidents and principal at the National Biomechanics Institute that analyzes the cause of accidents. He said that an analysis of the crash “was suggesting he wasn’t paying attention at all.”

Woods had to sit out this week’s PGA event, but his fellow tour players donned his signature red-and-black outfit in his honor.

More than half a dozen professional golfers wore the outfit during the last round of the WCG-Workday Championship in Florida, prompting Woods to make his first comments since his terrible car crash last week.

“It is hard to explain how touching today was when I turned on the tv and saw all the red shirts,” the 45-year-old Woods wrote Sunday on Twitter from his hospital bed. “To every golfer and every fan, you are truly helping me get through this tough time.”