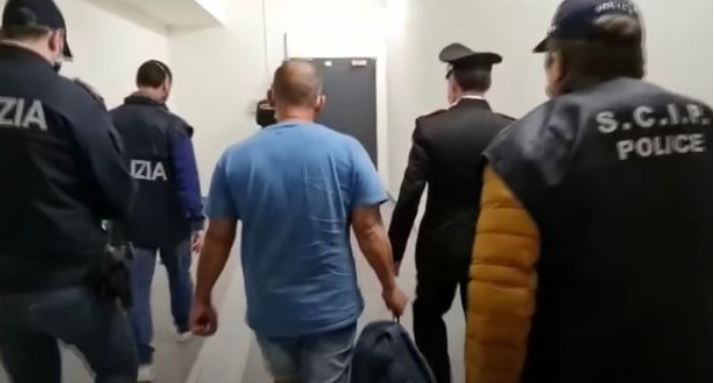 A wanted Mafia fugitive has finally been caught after he uploaded videos of himself doing cooking tutorials on YouTube.

Marc Feren Claude Biart, 53, was supposed to be keeping a low profile after fleeing to the Dominican Republic. He had been on the run for seven years after Italian prosecutors ordered his arrest for drug trafficking in 2014.

Biart is an alleged member of the fearsome Ndrangheta gang. Authorities stumbled upon his Youtube videos, which prompted further investigation.

Although he didn’t show his face in the cooking clips, his distinct tattoos gave him away.

Detectives from Interpol spent months scouring social media sites for any trace of him before they found what they were looking for on Youtube.

He was returned to Milan on Monday after being seized as part of Operation Mauser.

Biart was living a quiet life in the Caribbean. The local Italian expat community considered him a ‘foreigner’, the force said in a statement.

He now faces justice back in Italy after officers raided his home in Boca Chica.

Authorities consider the Ndrangheta one of the world’s most powerful organized crime groups.