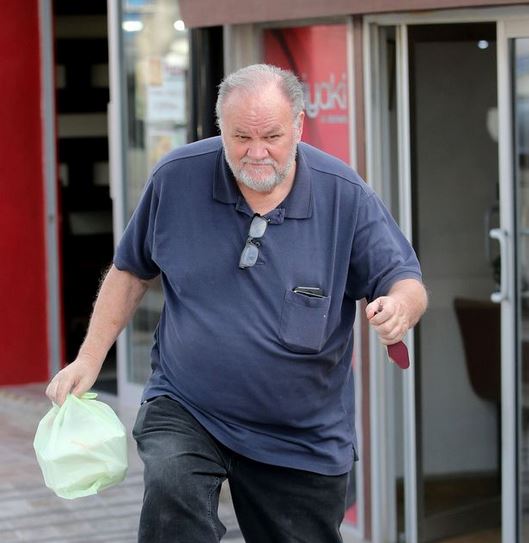 Thomas Markle hand-delivered a letter to Oprah Winfrey asking her to interview him.

According to reports, the 76-year-old drove to Oprah’s home in Montecito, California and handed the note to a member of her security.

He is offering to tell his side of the story, a month after his estranged daughter Meghan and Prince Harry sat down with Oprah.

According to a source, “Thomas delivered a letter to Oprah asking her to contact him so he could tell his side of the story. This was not a note to Meghan and Harry, it was meant for Oprah. Thomas watched the interview she did with them and feels he deserves a chance to have his say.”

While delivering the note to Oprah, Thomas was extremely close to Meghan and Harry, who live just a mile down the road.

Meghan did not invite her father to her wedding, and the two have not spoken in three years.

During her interview with Oprah, Meghan talked about how hurt she was when she learned that her dad had been working with the press behind her back.

“I’m trying to decide if I’m comfortable even talking about that. It was… if we were going to use the word betrayal,” she said.

Just a day after Meghan and Harry’s bombshell interview with Oprah, Thomas appeared on Good Morning Britain to talk about his daughter.

He shared his desire to reconcile with his daughter and grandchild during an interview with hosts Piers Morgan and Susanna Reid.

Speaking late at night from his home in Rosarito Mexico, Thomas admitted that he did lie to Meghan about working with the press back in 2018.

He said he has not spoken to his daughter since he was in the hospital having heart surgery.

“I’m still her dad,” he said. Meghan and Harry are “probably about 70 miles from me now,” he added.