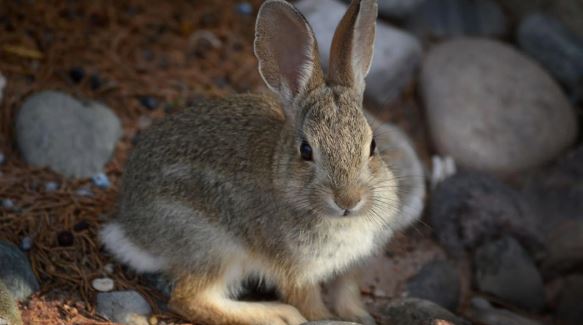 A group of bunnies on a remote island south of Wales has made a shocking discovery.

The four-legged creatures found artifacts dating all the way back to the Stone Age on the island Skokholm.

Some of the artifacts found in the rabbit burrow were tools and pottery shards used to make clothes and boats, according to a press release.

Archaeologists at the Royal Commission on the Ancient and Historical Monuments of Wales were amazed when they learned that the artifacts were used by hunter-gathers as far back as 9,000 years.

“Although these types of tools are well known on coastal sites on mainland Pembrokeshire and Cornwall, as well into Scotland and northern France, this is the first example from Skokholm, and the first firm evidence for Late Mesolithic occupation on the island,” Andrew David, a prehistoric stone tool expert said.

The discovery also offers a better understanding for archaeologists who, for the first time, have evidence that communities of the Middle Stone Age were living in the area.

The artifacts were found by the only two men living on the island nicknamed, “Dream Island,” since it was placed on lock-down.