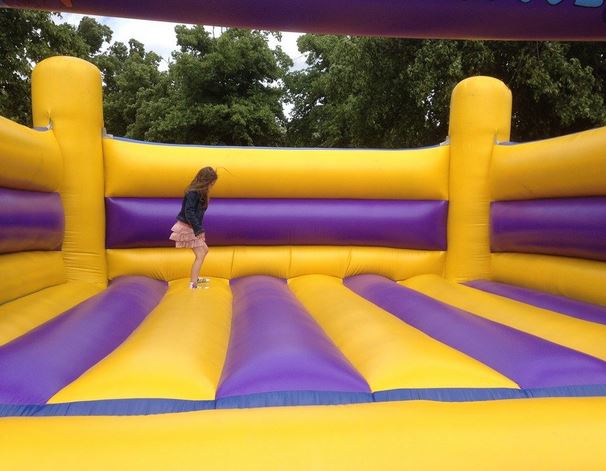 A 12-year-old boy was stabbed multiple times while playing on a bouncy castle at his sister’s eighth birthday party. Police are calling the incident a “despicable” attack.

Two assailants crashed the party in Liverpool and stabbed the boy in front of 14 other children and his own mother.

According to witnesses, two attackers, said to be men in their late teens or early 20s, cornered the boy before stabbing him and casually walking away. They headed down Southport Road in the city’s Bootle area.

The boy, who has not yet been named, was rushed to the hospital and is now set to undergo surgery.

A 20-year-old man was arrested by Merseyside Police in connection with the stabbing. The police force is saying the incident was “not random.”

Detective Chief Inspector Gayle Rooney said,“Although it is pleasing to have made a quick arrest, our investigation continues and we’re gathering all information to piece together the circumstances.”

“If you saw anything or hold any CCTV, dashcam, or other material, get them to us as soon as possible. We understand the concern that such an incident has in the community. This was not a random attack and we believe that all involved were from the local area,” he continued.

He added, “Nonetheless, for a young person to be assaulted is despicable, so it’s vitally important that anyone with details to assist comes forward.”

They also said that no arrests have been made yet, but CCTV from the area is being reviewed and forensic tests are being conducted.

Speaking to the Liverpool Echo, the boy’s grandmother said the violence has been “terrible.”

“They came straight in the back garden and went for him, punching and kicking him and then stabbed him three times. There was a lot of blood so we just tried to keep pressure on the wound until the ambulance came,” she told the paper.