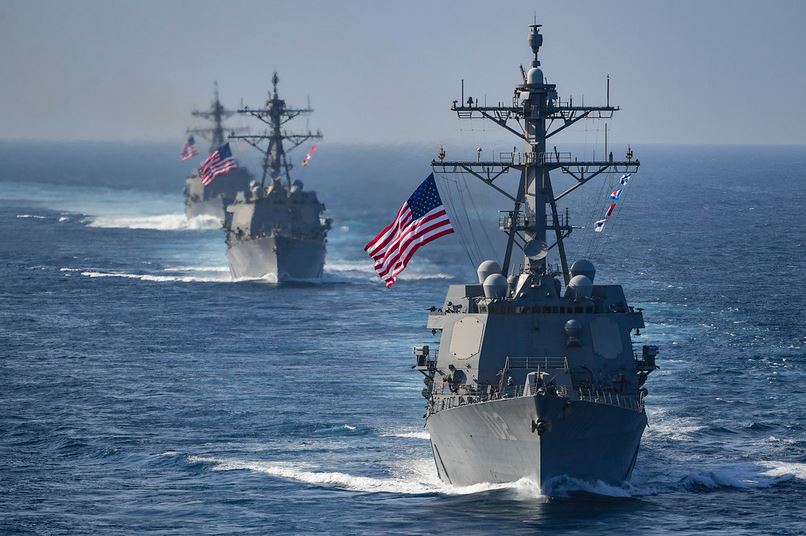 The U.S. Navy is still looking for answers after mysterious drones were seen hovering around U.S. warships off the coast of California, a top Navy commander said.

Adm. Michael Gilday, chief of naval operations, spoke at an event in Washington, DC, on Monday where he said that the sightings were still being assessed by naval intelligence, according to an NBC News report.

When asked whether the Navy had identified the drones that were spotted in 2019 near U.S. vessels off the Californian Channel Islands, Gilday answered, “No, we have not.”

“I am aware of those sightings, and as it’s been reported, there have been other sightings by aviators in the air and by other ships not only of the United States, but other nations — and of course other elements within the US joint force,” Gilday added.

“Those findings have been collected and they still are being analyzed,” he said.

Gilday was referring to a series of puzzling incidents that documentary filmmaker Dave Beaty uncovered. The destroyers USS Kidd, USS Rafael Peralta, and USS John Finn were tracked by the drones during exercises in a military zone off the California coast.

According to deck log documents obtained by the website, the drones surpassed the capacity of commercially obtainable drones. As many as six hovered around the ships at a time. They were often in low-visibility conditions and had flashing lights. They were able to keep up with the warships at a speed of about 16 knots.

The incidents took place near sensitive US military and training facilities, prompting an investigation by US naval intelligence and the FBI, according to The Drive.

Gilray, though, was clear in his remarks Monday that there was no evidence the drones were extraterrestrial in origin, NBC said.

3 thoughts on “Mysterious Drones Swarmed U.S. Warships a Year Ago, The Navy Is Still Looking for Answers”