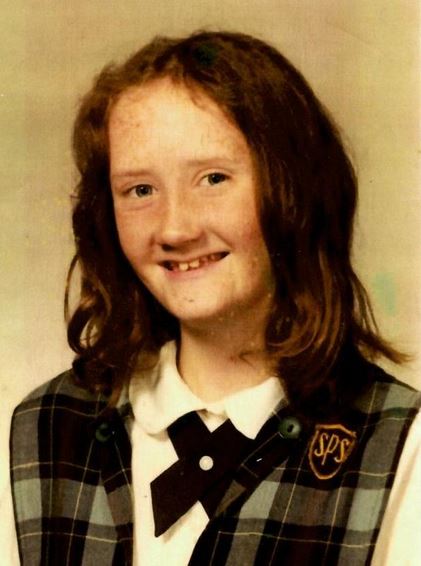 In 1974, in the small town of Burlington, New Jersey, 14-year-old Margaret Ellen Fox disappeared without a trace after putting a babysitting ad in the local newspaper.

Eventually, he said he would pick Margaret Ellen up in a red Volkswagon. Margaret Ellen left a note at home for her parents telling them where she was going. She got on a bus to the nearby town of Mount Holly, NJ, about 7 miles away. Her younger sister walked with her to the bus stop, and witnesses spotted Margaret Ellen in Mount Holly near the bus stop. That is the last time anyone saw her.

When she never returned from her babysitting job, Margaret Ellen’s family called the police. The number that John Marshall gave Margaret Ellen belonged to a phone booth at a grocery store in Lumberton, NJ.

Soon after Margaret Ellen’s disappearance, a man began calling the Fox home demanding ransom for Margaret Ellen. The man on the phone said “$10,000 might be a lot of bread, but your daughter’s life is the buttered topping.”

In 2019, the FBI cleaned up the audio recording of the man’s voice and released it to the public in hopes of finding justice for Margaret Ellen.

Two years after Margaret Ellen disappeared, a man came forward claiming to be John Marshall, the man who abducted Margaret Ellen. But after further investigation, authorities discovered the man was lying and his confession was a hoax.

The FBI is still looking for Margaret Ellen’s kidnapper. FBI Assistant Special Agent Joseph Denahan said in a 2019 press release, “The community we serve has our solemn promise that we will pursue all viable options in the interest of delivering justice. We realize that in missing persons cases, especially those involving children, there is a loved one or family at the other end enduring heartache every day because there is no conclusion. We hope this renewed effort will produce results that might give Margaret Fox’s family some sense of closure.”

Margaret Ellen’s siblings are still alive and some still live in Burlington.