Covid Victim Thought to Be Dead Wakes Up Moments Before Cremation 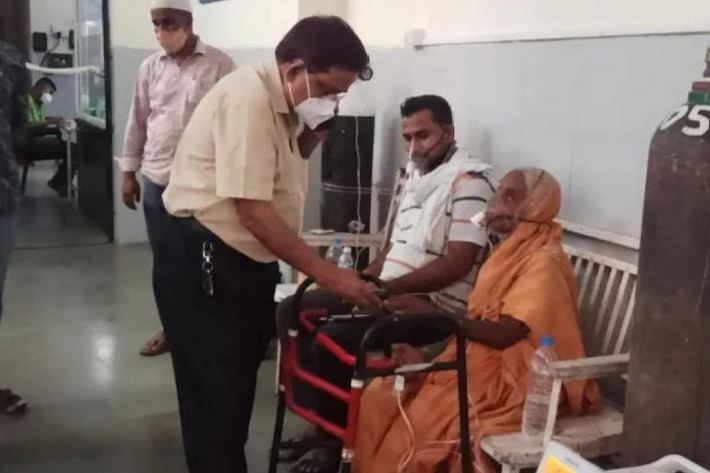 An elderly woman who was thought to be dead woke up moments before she was about to be cremated.

Shakuntala Gaikwad tested positive for Covid-19 at the beginning of May. She isolated at her home in Baramati in Mudhale, India. When the 78-year-old started developing severe symptoms, family members called an ambulance and she was taken to the hospital. While they struggled to find her a bed in the overrun hospital, Gaikwad went unconscious in the ambulance. The ambulance staff allegedly confirmed the woman’s death, and the devastated family members spread the sad news.

Gaikwad’s body was then taken back to her home village where the family started preparing for her cremation and other rituals. But just moments before she was to be put into the fire, Gaikwad opened her eyes and started crying.

She was immediately taken to the Silver Jubilee Hospital in Baramati for further treatment, according to hospital founder Dr. Sadanand Kale, VN Express reported.

Gaikward’s remarkably close encounter with death comes as India remains in the grips of an aggressive wave of coronavirus.

India currently leads the world in the daily average number of new deaths reported, accounting for one in every 3 deaths reported worldwide each day.