Death Row Inmate Survives Execution After 18 Attempts To Kill Him 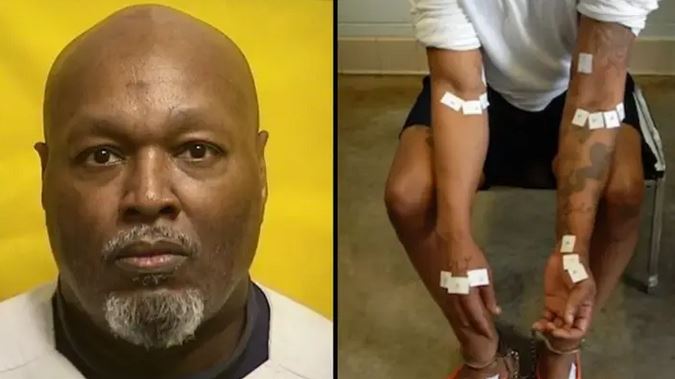 A death row prisoner has lived through 18 failed execution attempts because executioners were unable to find a suitable vein for the lethal injection. He then died of Covid-19.

Romell Broom spent 24 years in an Ohio prison waiting to be executed for the kidnapping, rape, and murder of 14-year-old Tryna Middleton as she walked home in 1984.

His execution was scheduled for September 15, 2009, following a DNA test in 2003 that failed to clear the prisoner’s name after he maintained his innocence.

When he was being prepared for the lethal injection, Broom was strapped down to a table. Officials attempted to find a suitable vein to inject the needle.

According to the Mirror, Broom even tried to help the executioners by moving his arm up and down and flexing his fingers. Still, every time they tried, the vein collapsed.

Broom was then sat upright and shunts were inserted into his legs, which only caused pain. After two hours, officials made the decision to give up.

The next date was set for September 22. Officials tried to come up with another way to kill him that wouldn’t be torturous. They then made the decision to postpone the execution indefinitely.

However, on March 16, 2016, Justice Judith Lanzinger ruled against Broom’s challenge and said a failed attempt didn’t constitute a failure, adding that the IV line insertion was only a “preliminary step” while the execution itself “commences when the lethal drug enters the IV line.”

“Because the attempt did not proceed to the point of injection of a lethal drug into the IV line, jeopardy never attached. We simply are unable to conclude that Broom has established that the state in carrying out a second attempt is likely to violate its protocol and cause severe pain,” she continued.

However, while Broom waited for the new execution date, the coronavirus pandemic worsened. According to the Daily Star, death row inmates were not protected, which meant he was placed on the “Covid probable list” after passing away on December 28, 2020 at the age of 64.