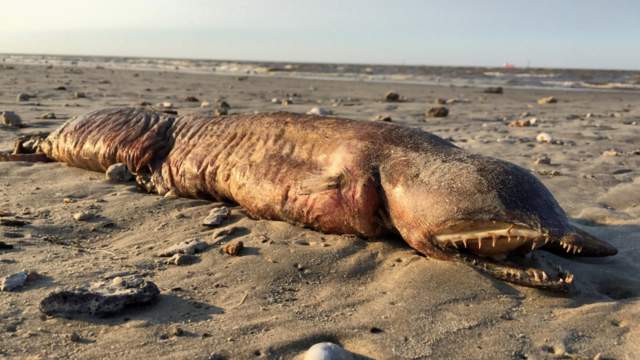 Several weird creatures have been washing up all over US beaches since COVID-19. Is this just some bizarre coincidence, or could there be some kind of link to the pandemic?

For whatever reason, over the past few months, a number of flamboyant fish have washed ashore on US beaches, piquing the curiosity of locals and taking a star turn on social media.

Here are some of the weirdest creatures to wash up on shore so far this year, as compiled by Yahoo News.

Over the past few months, a number of flamboyant fish have washed ashore on US beaches, piquing the curiosity of locals and taking a star turn on social media.

Here are some of the weirdest creatures to wash up on shore so far this year. 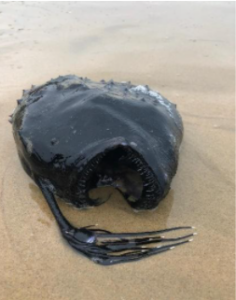 This rare fish was found on California beach on 8 May, and social media users were quick to point out that this species was best known for its role in 2003’s Pixar classic Finding Nemo. It is usually found thousands of feet beneath the sea. Females get up grow up to 24 inches in length, while males measure in much shorter. This particular fish was discovered on Newport Beach and is with the California Department of Fish and Wildlife. It’s expected to end up as part of an exhibit in a zoo. 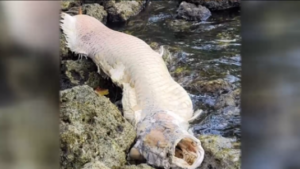 Wildlife officials on Cape Coral, a Florida city on the Gulf of Mexico, were stumped by the origins of this fish, as the species they first considered was ruled out. Initially, officials believed it was an arapaima, a large Amazonian river fish.

But those fish swim in freshwaters, not the ocean. In February, local NBC2 journalists went along to help investigate and see if they could identify the fish, but they had no luck. Their report concluded that if anyone sees another mysterious fish, let local authorities know.

These bug-eyed chaps were recently found on the Texas shoreline, going by the scientific name of Rhizophysa eyesenhardt last month. They were posted online by Jennifer Baltazar, who believed they had hurt her son. “That’s when I noticed it because I went looking for it what could’ve stung him,” she said to KSAT, a local news outlet.

The US National Park Service was the one to help Ms. Baltazar give them a name.

“This one had us stumped for quite some time,” Mustang Island State Park said.

Scientists have no explanation for the increasing number of bizarre sea creatures washing up on shore, but some blame algae blooms and other impacts on the oceans of global climate change.