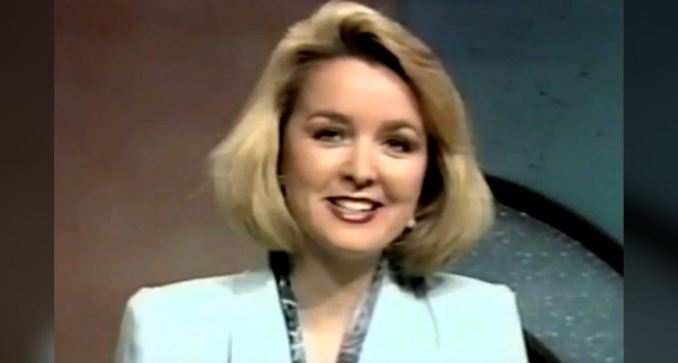 Despite investigator’s best efforts, some true-crime mysteries just remain unsolved. Such is the case of the disappearance of a pretty Iowa TV newscaster who went missing in 1995.

Jodi Huisentruit was a 27-year-old Minnesota native who had become something of a local celebrity as a morning news anchor for KIMT-TV in Mason City, Iowa for two years. On June 27, 1995, she’d overslept and was awakened by a phone call around 4:10 a.m. from her show producer. Huisentruit assured the producer she’d “be right there,” but after she didn’t make the broadcast airtime and failed to answer further phone calls several hours later, station employees contacted the police.

At her apartment complex, responding officers found Huisentruit’s red Mazda Miata in the parking lot, along with a pair of high heels, a blow dryer, a can of hair spray, and earrings strewn across the pavement. The key to Huisentruit’s car was bent inside the lock on the driver’s side door, and drag marks were visible on the pavement, leading investigators to quickly determine that someone had grabbed her as she was unlocking the car door.

At least one witness reported seeing a white van in the parking lot shortly before 4 a.m., and neighbors in the complex heard a scream sometime between 4 and 5 a.m. Other than an unidentified partial palm print lifted off the side of the car, there were no other significant clues.

Huisentruit was popular in the town of 28,000 and enjoyed a large circle of friends, including a man named John Vansice, who several friends believed had unrequited romantic feelings for Huisentruit. He was the last person to see her alive the night before she disappeared, making him an early person of interest under intense scrutiny. But Vansice provided an alibi and passed a polygraph, and later, searches of his home and GPS trackers on his vehicles yielded nothing useful in the investigation.

In early 1998, Caroline Lowe, an investigative reporter at WCCO-TV in Minneapolis, covered the case of Tony Jackson, a man convicted of a series of violent rapes in 1997, and started digging into his background.

Lowe, along with retired Minnesota detective Jay Alberio, discovered the convict had lived in Mason City, just blocks away from the KIMT station in 1995. A former jail mate also alleged Jackson referenced Huisentruit in a rap song, with the lyrics, “she’s a-stiffin’ around Tiffin in pileage of silage below, low below,” leading Lowe and a group of law enforcement officers to search several areas around Tiffin, a rural town south of Mason City, with cadaver dogs.

The searches were fruitless, and Jackson denied any involvement with the Huisentruit case in a 2019 news interview. He has never been formally named a suspect.

In 2003, a group of journalists and retired law enforcement created FindJodi.com, a nonprofit organization devoted to the case, and both Lowe and Alberio eventually joined the team. Scott Fuller, a current team member, stated that while the Huisentruit family is “not involved with the team’s inner workings,” FindJodi members keep an open line of communication and are in regular contact with Jodi’s sister JoAnn [Nathe] and other family members.

FindJodi has trailed several leads -some quite bizarre – but all have led nowhere. In 2011, the Globe Gazette reported that former Mason City Police Officer Maria Ohl alleged two Mason City Police Department officers and a retired state Division of Criminal Investigation agent might have been involved in the abduction and possible murder of Huisentruit, as well as an internal cover-up, all of which MCPD denied.

Ohl said she based this accusation on credible information she received in 2007 and 2009 from an informant. One conversation was picked up on a recording in her squad car, which she later re-recorded on a personal recorder.

In mid-2018, the FindJodi team launched a billboard campaign around Mason City to commemorate Huisentruit’s 50th birthday, featuring her photo and the message “Somebody knows something…is it YOU?” Six months later, vandals defaced one of the billboards by spray painting the words “machine shed” and the name of a retired MCPD investigator who worked on Huisentruit’s case. According to Fuller, the current police chief chalked it up to a prank committed by “somebody with their own agenda.”

In 2001, Huisentruit’s family had her declared legally dead, but her case remains open and active. FindJodi still receives tips daily, “all of which are examined by every member of the team,” Fuller says. In the meantime, their work continues, and they rule nothing out. As Lowe said in a 2018 FindJodi post: “…until Jodi is found, or more evidence is revealed, my view remains the same: Don’t rule out the possibility Jodi’s abductor maybe none of the above.”