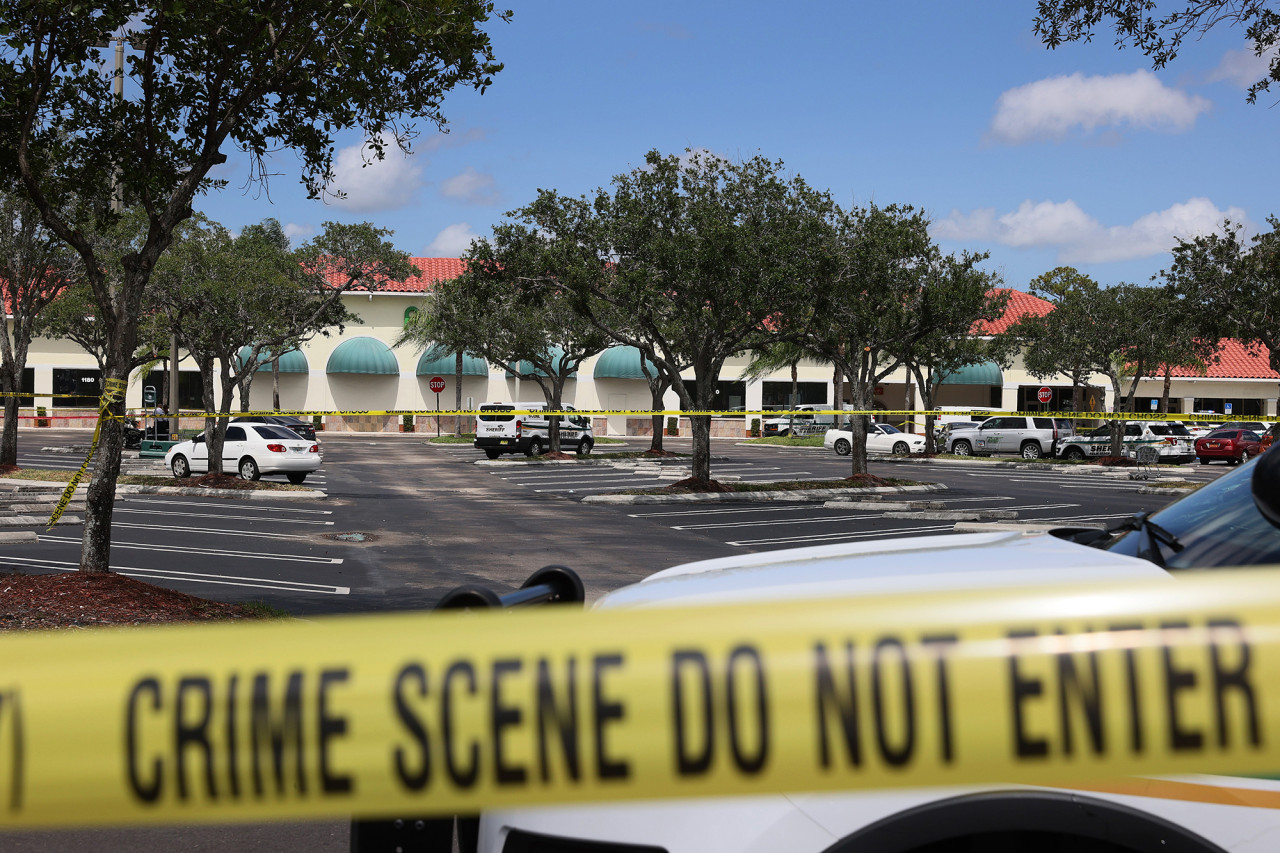 The accused shooter who mercilessly attacked a grandmother and her toddler grandchild at a Florida Publix apparently posted on social media of his desire to kill children!

According to the local sheriff, Timothy Wall, 55, reportedly turned the gun on himself moments after he pushed the 69-year-old victim to the ground and shot her inside the Royal Palm Beach Publix Supermarket on June 10 for no apparent reason. The shooting sent dozens of employees and customers fleeing the store, but no other injuries were reported.

“There was a chance that this could be stopped,” Palm Beach County Sheriff Ric Bradshaw said at a press conference, CBS 12 News reported. “He’s on Facebook. He has said, ‘I want to kill people and children.’ He has friends. Obviously, they saw that.”

Bradshaw continued, “Somebody knew about it, that bad things were gonna happen with this guy.”

Police have not found any motives for the atrocity and said Wall had no known connection to the victims. But his ex-wife’s family said that Wall, an unemployed carpenter, had been acting increasingly paranoid in recent days and that they tried to go to the authorities for help, according to the Palm Beach Post.

“He had mental issues. He wasn’t taking care of himself,” Maia Knight, the sister of Wall’s ex-wife Monica Sandra Wall told the newspaper.

“My sister was going to the courthouse, going to police, telling everyone he needs help,” Knight said. “My sister was trying to help him but didn’t know how.”

She said that Wall suffered from schizophrenia and hadn’t been taking his medication for quite some time. “He wasn’t really taking the medicine, and he had alcohol problems at one point,” Knight told the Palm Beach Post. “He didn’t even want to help himself. My sister would say, ‘I can’t tell a grown man what to do if he doesn’t want to do it himself.’”

Bradshaw, however, said that the sheriff’s office had not been alerted to Wall’s mental deterioration prior to the shooting.

“Obviously, there was some mental” instability, he told reporters. “If it sounds like I am angry, it’s because I am.”

Under Florida’s so-called Red Flag Law, a law enforcement agency can seek an order from a judge to seize the firearms of anyone shown to be a danger to themselves or others and hold them for a year. That can be extended if an agency shows the person is still a danger.

It was enacted in 2018 by the Republican-led Legislature shortly after a former student with a history of mental and emotional problems killed 17 students and staff at Marjory Stoneman Douglas High School in Parkland, less than an hour’s drive from Thursday’s shooting.

Wall was seen on surveillance footage watching the victims shop in the produce aisle before walking up to the 1-year-old boy and opening fire, according to the report.

The tot’s grandmother then bravely jumped in to stop Wall, even managing to jam his gun — but he pushed her to the ground and shot her, Bradshaw said.

The identities of the woman and boy — who would have turned two this month — will not be made public by authorities since the victims’ family took advantage of a law allowing their names to be kept confidential, authorities said.

No further information about the victim’s condition has been made available at this time.