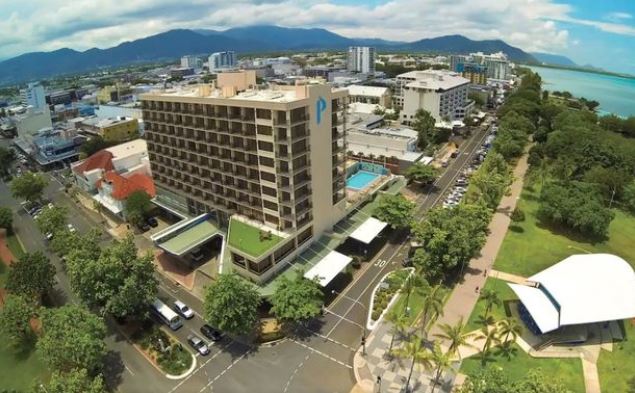 A man was rushed to hospital after jumping from a hotel balcony trying to escape quarantine.

The 29-year-old had been placed in quarantine at the Pacific Hotel in Cairns, Australia after arriving on Friday morning, police said.

Anyone who comes into Queensland is required to spend two weeks in quarantine, in order to limit the spread of Covid-19.

But instead, the man reportedly attempted to cut his period of isolation short by “scaling the outside of the building”, police said in a statement to 7NEWS.

He did not make it to safety, however, instead tumbling from the hotel.

“A gentleman did try to climb out of the balcony that they were on and then fell,” Chief Health Officer Jeannette Young said.

He suffered minor injuries to his legs after the fall.

Australia has largely contained most of its outbreaks through snap lockdowns, regional border controls, and swift contact tracing, with just over 30,200 cases and 910 deaths since the pandemic began.

It has reported zero cases most days this year.

Queensland issued alerts for parts of Sunshine Coast, a popular tourist spot, as well as two regional areas after an infected woman and her husband traveled from Victoria, the epicenter of the country’s latest outbreak, through the states of New South Wales and into Queensland, visiting dozens of sites en-route.

The 44-year-old woman tested positive for Covid-19 once in Queensland, authorities said late on Wednesday, and her husband has since tested positive.

Queensland state Health Minister Yvette D’Ath told reporters in Brisbane on Thursday that the couple’s tests suggested they were likely at the end of their infectious period.

“This means the risk is lower than we were expecting yesterday, which is really positive news,” D’Ath said. No other cases were reported from the state.