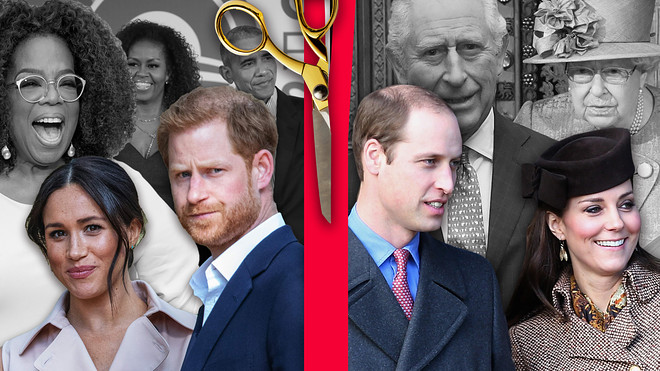 Prince Harry and Meghan Markle have insisted that they did ask for the queen’s blessing to name their child Lilibet, the monarch’s childhood nickname, after palace sources briefed British journalists that they had made the announcement without getting permission from the queen.

Lawyers acting on behalf of the former royals issued a legal threat after the claim was published by the BBC. A British newspaper source told The Daily Beast that a rare legal warning had gone out to the papers advising them not to repeat the allegation that Harry and Meghan had named their second child after Queen Elizabeth without asking her first.

The couple are now engaged in yet another full-scale briefing war with the palace in an episode that once again exposes the mistrust which seems to characterize the Sussexes dysfunctional relationship with the monarchy.

The couple were prodded into making an official intervention after BBC Radio 4’s flagship breakfast news program said Wednesday on its 6:30 a.m. bulletin that the BBC had been told Harry and Meghan “did not consult the queen about using her childhood nickname Lilibet for their baby… a Buckingham Palace source says she was never asked about it.”

The key briefing was apparently given to the BBC’s royal correspondent, Jonny Dymond.

Dymond’s report tallied with a report over the weekend in The Times that said that the queen had merely been “informed” about the choice of the name rather than having had her permission explicitly sought.

Indeed, it appears from the couple’s own statement that they only sought the queen’s blessing after the child had been born—having already decided on the name they wanted to give her.

The couple’s spokesperson said, “The Duke spoke with his family in advance of the announcement, in fact his grandmother was the first family member he called. During that conversation, he shared their hope of naming their daughter Lilibet in her honor. Had she not been supportive, they would not have used the name.”

Rumors about the queen’s supposed unhappiness with the name have circulated for several days along with stories that the palace was blindsided by the announcement of the birth, as it took more than an hour and a half for Buckingham Palace to issue an official statement of congratulation.

In the interval between the Sussexes publicly announcing the birth and the royals officially congratulating them, the royal family’s official Twitter account posted a series of messages about an official engagement carried out by Princess Anne, suggesting, at the minimum, a lack of co-ordination.

Omid Scobie, the journalist and writer who penned the sympathetic biography of the couple, Finding Freedom, and has become an unofficial mouthpiece for the couple, disputed the BBC’s claims in tweets Wednesday. His language, citing a source, seemed to echo the official statement received by The Telegraph, saying, “A Sussex source says that the Queen was the first family Harry called after Lilibet’s birth and during that conversation, he shared the couple’s hope of naming their daughter in her honor. Had she not been supportive, they would not have used the name.

“Those close to Prince Harry confirm that he spoke to close family before the announcement so perhaps this report highlights just how far removed aides within the institution (who learned of the baby news alongside the rest of the world) now are from the Sussexes’ private matters.”

That may be true, but this new controversy will do little to encourage the view that the birth of the Sussexes’ second child will lead to a new era of harmonious relations between Montecito and London.

Reporter Has Sex On Air During Live Interview!