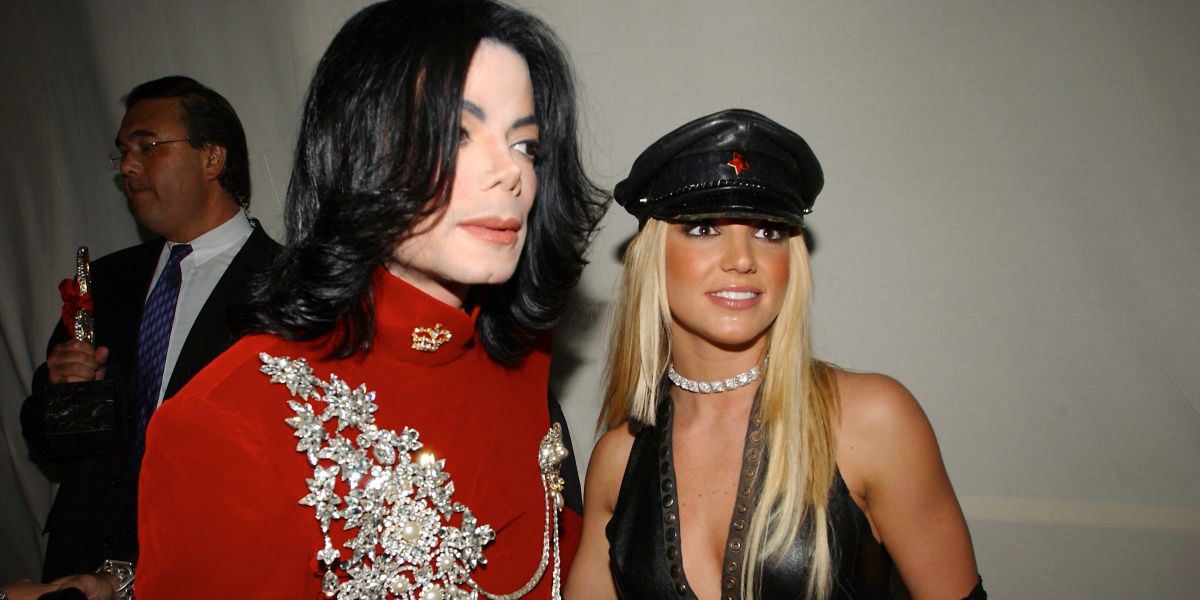 Michael Jackson reportedly warned Britney Spears about the toxicity of the music industry just weeks before his 2009 death.

The parallels between the two former child stars are endless, their battles for the custody of their children, intense media scrutiny, industry exploitation, and more.

And it appears that Jackson saw the similarities too, allegedly issuing an eerie warning to his fellow pop legend to get out of the industry as soon as possible.

What did Michael Jackson allegedly say to Britney Spears just weeks before he died?

According to a source close to Spears, Jackson called the singer shortly before his June 25 death.

“Michael told her, ‘Don’t end up like me.’ His warning was eerie, like he was trying to tell Britney he was going to die,” the friend claims.

Jackson and Spears reportedly remained close after famously performing together in Madison Square Garden in 2001.

“I think Michael’s warning sent shivers down Britney’s spine. He was emphatic in warning her she should leave showbusiness in order to maintain her sanity,” the source added.

By the time Jackson called with his warning, Spears was already under her conservatorship, which continues to this day.

Jackson was presumably aware of Spears’s well-documented mental health struggles and, knowing what we know now, perhaps foreshadowed the singer’s growing loss of autonomy under the conservatorship.

Michael Jackson and Britney Spears were both exploited by the music industry.

The similarities between Spears and Jackson’s careers paint a heartbreaking picture of the bond between the stars and possibly explain why Jackson allegedly warned Spears.

At the time of his death, Jackson was preparing for his “This Is It” comeback tour.

It has been theorized that his grueling rehearsal schedule and stress over the tour contributed to his sudden death.

The Jackson family even took a wrongful death case against the promoters of his final tour in 2013, which they later lost.

Spears has revealed a similar experience in court testimony about her conservatorship, claiming she was forced to perform a 31-date tour in 2018 after her management threatened to sue her if she didn’t comply.

This may have been exactly what Jackson feared would happen to Spears.

The source claims Jackson addressed this very concern to Spears in their call.

“He thought she should retire after the ‘Circus’ tour so she could focus on the things that mattered — her sons and family,” they said. “Britney must have taken Michael’s words to heart as she promised him she would at least take a long break after she finished the tour.”

Spears may be in danger of being exploited by members of Jackson’s own team.

Her current business manager, Michael Kane, has been pressured to address his role in Jackson’s death.

Emails from Kane before Jackson’s death show him encouraging others to pressure Jackson into doing rehearsals for the tour.

In 2020, Kane was hired by Spears’s father Jamie to, allegedly, keep “full functional control” over the singer’s estate.

Equally, those working on the Jackson estate after his death have also had a stake in Spears’s conservatorship.

In 2009, one year after attorney Jeryl Cohen helped Jamie Spears become his daughter’s conservator, she became involved in Jackson’s estate.

Cohen helped two co-executors of Jackson’s will seek payment estimated to be in the millions in spite of objections from the Jackson family.

Jackson’s estate made lucrative merchandise deals after his death, to which his family is said to have objected.

The exploitation of Jackson and Spears creates a grim picture of the life of the two stars.

Though Jackson tried to warn Spears, the stars could not help one another escape the cruel music industry before it was too late.

Madonna on Britney Spears’ Conservatorship: “We Coming to Get You Out of Jail!”