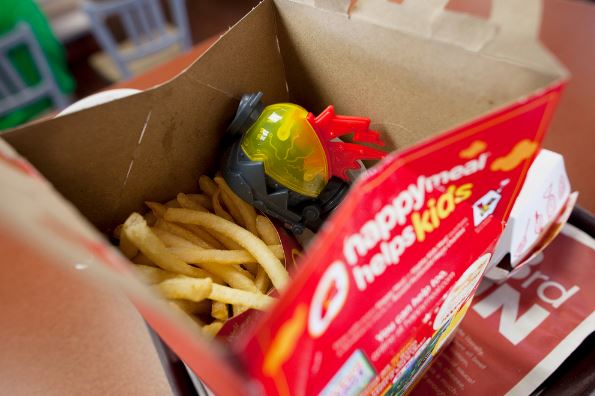 Two McDonald’s employees in Maine have been charged after drugs were found in a customer’s Happy Meal.

According to the Auburn Police Department, a mother called police on June 30 after discovering prescription Suboxone, which is used to treat narcotic dependence, in her 11-year-old son’s Happy Meal.

After a police investigation — which included interviews with staff members at the fast food restaurant as well as an “extensive review of in-store video surveillance footage” — officers concluded that it was an “accident.”

“The investigation has determined that an employee, while preparing meals for the drive-through, had the Suboxone prescription in a shirt pocket, along with a BIC pen. The employee bent over to retrieve something from behind the counter, at which time the prescription and pen fell from the shirt pocket, landing in the Happy Meal box,” police explained. Investigators also noted that the McDonald’s management team cooperated with the investigation.

The worker was not aware the drugs fell out until later in the shift when the situation was brought to the store’s attention, according to authorities. Police claimed the employee got the drugs illegally from another coworker earlier in the shift.

Taylor Goble, the owner and operator of the McDonald’s, said that “these individuals are no longer employed by my organization.”

“In our restaurants, nothing is more important than the safety and well-being of our employees and customers. I was shocked and disappointed by the behavior of these crew members, which goes against the values we have as an organization and will not be tolerated,” Goble said in a statement. “We are taking this matter seriously so that we can continue to maintain our high standards.”

Shirlee Marchesseault, the woman who purchased the Happy Meal, told WGME about her reaction when she found the drugs in her child’s food. “My blood was boiling. I didn’t even know what to do at that point, so I called the police,” she said. “I’m just wondering, like, how often does this happen? It shouldn’t be in the hands of any child. It’s dangerous.”