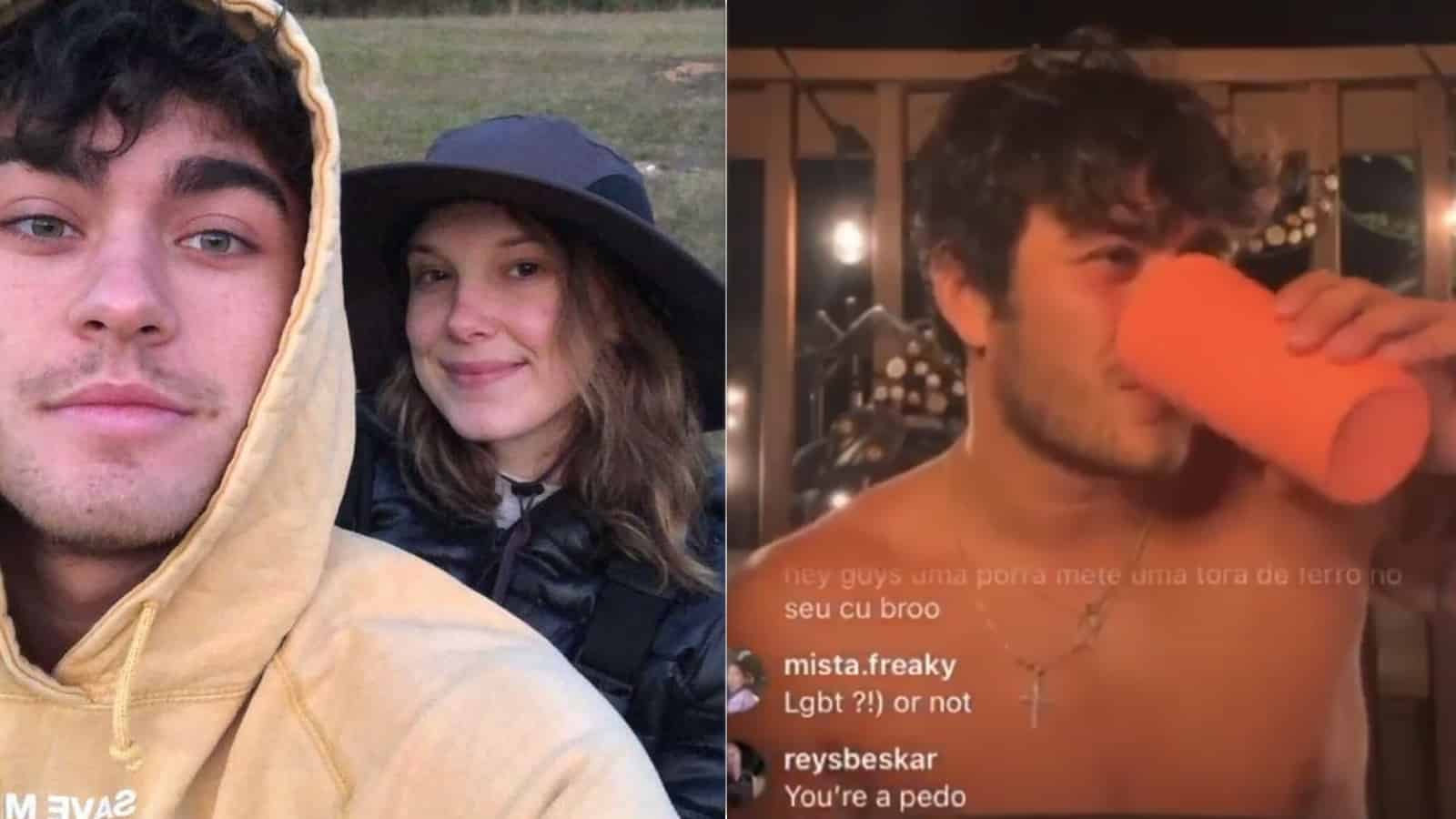 Hunter Echo, whose real name is Hunter Ecimovic, is being accused of grooming after revealing that he allegedly engaged in a relationship with Millie Bobby Brown when she was reportedly 16.

According to Meawww, Ecimovic went live on his Instagram account, @hunter_echo, June 12 to hash out all the details of his alleged relationship with the actress, which he claimed lasted for eight months. Meawww reported that Ecimovic, who boasts 1.6 million followers on TikTok, made “startling claims” about his sexual relationship with the then-16-year-old actress.

Dexerto reported that Ecimovic admitted to grooming Brown but alleged that she initiated the relationship on Instagram Live. One person reportedly commented “imaging being a grown adult and dating a kid. A groomer” during the live chat.

“Yeah, no I groomed her,” Ecimovic reportedly responded.

He also acknowledged she was a “child” while responding to a graphic comment about Brown.

The account’s first post is a photo of the two kissing with the caption: “Millie was 16 and he was 20 and he groomed her @hunter_echo you are going down.”

“Millie would never address it because she’s a coward,” Ecimovic stated in a snippet of a live stream.

The account also shared photos that were allegedly taken while the two were dating.

In the comment sections of these posts, and on Twitter, social media users are accusing Ecimovic of grooming. “He groomed a child and people are sticking up for him?” @heyyyyyyitsmelol wrote. “Thats gross really gross.”

Brown’s parents are also getting shamed online for allegedly letting the two engage in a relationship. Ecimovic said on Instagram that her parents were OK with their alleged relationship, according to Dexerto, and said that he lived with her in her house.

The Daily Dot has reached out to representatives for both Hunter Ecimovic and Millie Bobby Brown.

If you are a victim of sexual assault or want more information on sexual assault, contact the Rape, Abuse & Incest National Network at 1-800-656-HOPE (4673).

Madonna on Britney Spears’ Conservatorship: “We Coming to Get You Out of Jail!”