Home » Celebrity » Was Marilyn Monroe a Communist? The Real Reason the FBI Monitored the Cultural Icon 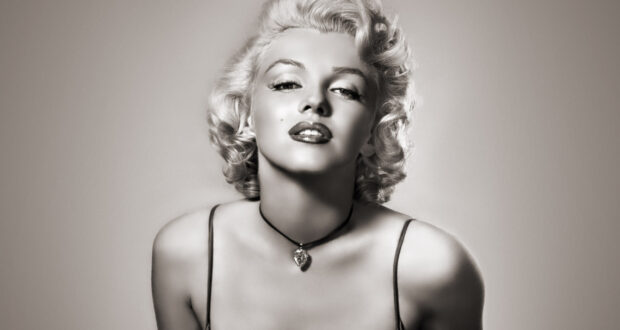 Was Marilyn Monroe a Communist? The Real Reason the FBI Monitored the Cultural Icon

Marilyn Monroe is one of America’s most famous cultural icons, an example of traditional “feminine sexiness,” and/or a subject of conspiracy theory, depending on who you ask. Her acting career boomed through the 1950s. She also found success in her music and modeling careers. These days, even people who don’t know anything about the actress-singer-model know Monroe’s appearance. Her image can be found on just about anything: shower curtains, posters, phone cases, coffee mugs, paintings, there’s even a piercing named after her for the famous beauty mark on her upper lip.

With Monroe being so popular in American culture, it might be difficult for some to imagine that she was being watched closely by the FBI. For those who may not find this a surprise, the investigation did not have anything to do with the JFK conspiracy and her death at age 36. So what was it actually about?

A jump to the left

Monroe’s political views weren’t exactly the most common in her time. Born in 1926, Monroe reached adulthood right after the Second World War, during a time when the United States was becoming increasingly concerned that capitalism was being threatened by communists, and Monroe had some pretty left-leaning political views.

In contrast to the characters she portrayed in TV and film, Monroe was very politically aware and vocal about her opinions. She’s described in “From Right to Left,” the autobiography of self-exiled American leftist activist Frederick Vanderbilt Field, as being a firm believer in equality for people of color and a proponent of the Civil Rights Movement, which was in full swing toward the end of her life. Unfortunately, Monroe wouldn’t get to see the beautiful end results of the movement, but her support made her questionable in the eyes of right-wing officials.

To add to suspicion, the book also talks about Monroe’s “admiration for what was being done in China, her anger at red-baiting and McCarthyism and her hatred of (FBI director) J. Edgar Hoover.” If you know anything about the former FBI director, you probably know that open dislike of the guy might not have been in Monroe’s best interest.

Monroe’s marriage did not help her image

In 1956, men around the country were slapped right in their delusions when Marilyn Monroe got married to American playwright Arthur Miller. Though the marriage would only last five years, it did not help her image. Arthur Miller was constantly accused of being a communist sympathizer.

Miller most surely aligned himself with progressive politics and the left-wing way of things, such as his stance against Senator Joseph McCarthy, for whom McCarthyism is named. When Monroe and Miller wed, she was attacked by “red-baiters,” people in the news media who harassed anyone with suspected communist sympathies. According to History Today, the radio news commentator Walter Winchell even aired a piece calling the actress “the darling of the left-wing intelligentsia, several of whom are listed as Red fronters.”

Monroe and her husband both found themselves under the watchful eye of J. Edgar Hoover and his agents. The FBI director monitored anyone he suspected of having ties with communists and communist sympathizers.

The FBI’s Monroe file was released some time ago, but it wasn’t until 2012 that we could actually read them. Before that, they were so heavily redacted that it was virtually impossible to form a complete sentence. The reports in the file, according to The Atlantic, showed that Monroe had once hung out with leftist Frederick Vanderbilt Field while shopping for furniture in Mexico.

Since there’s an entire FBI file on the subject, you’d think the bureau would’ve found some conclusive evidence that showed Marilyn Monroe was or wasn’t some sort of commie, but they didn’t. Lucky for her, because in the ’50s and early ’60s, being called a communist would end your career.

Previous: Pompeo: There will be a ‘smooth transition to second Trump administration’
Next: British Serial Killer – known as the Yorkshire Ripper – Dies from Covid-19