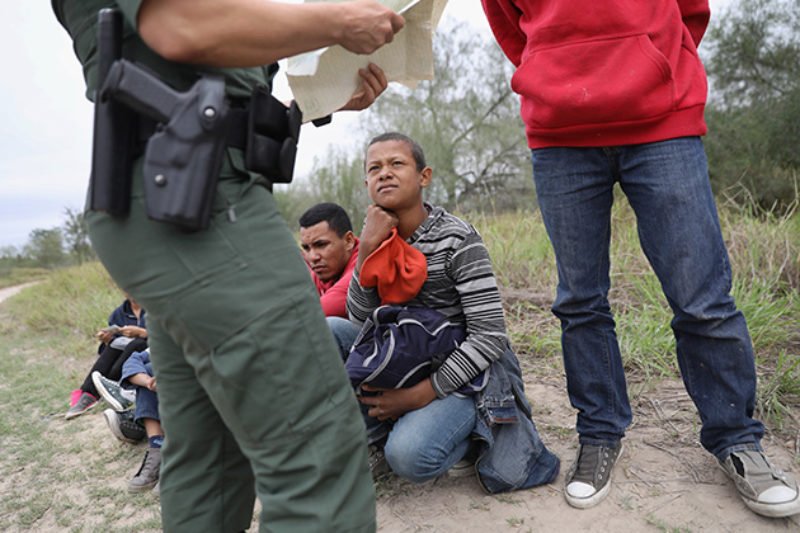 Texas officials are getting set for a possible surge of more than 60,000 Haitian migrants at the border with Mexico, according to the Washington Examiner.

The outlet reported that overwhelmed federal Border Patrol agents have been pulled from border duty to process those already in custody. In many regions, the move has left the border unguarded, the Examiner said.

Texas officials have pushed to make up the absence of the federal patrols along the border. State government and law enforcement leaders spent the weekend preparing for a possible rush of more than 60,000 Haitian migrants, the Examiner reported.

Gov. Greg Abbott tweeted on Saturday: “Texas National Guard is gearing up at the border for increased caravans attempting to cross the border caused by Biden’s open border policy. They are working with the Texas Dept. of Public Safety to seal surge locations at the border & arrest trespassers.”

Renae Eze, a spokeswoman for Abbott, noted Texas has deployed thousands of National Guard and Department of Public Safety troopers to the border over the past seven months.

The migrants are not traveling as a single group or caravan. Instead, they are working with cartels to pass through Central America and Mexico to enter the U.S., the Examiner said.

Panama Foreign Minister Erika Mouynes, who was exasperated that the Biden administration seemingly ignored her country’s warnings for months about the last wave of migrants that ended up under a bridge in Del Rio, Texas, has warned that as many as 60,000 more migrants, mostly Haitians, are headed for the U.S. southern border.

“We sounded the alarm when we should have,” Mouynes told Axios. Last week, she concluded two days of meetings in Washington with Homeland Security Secretary Alejandro Mayorkas.

2 thoughts on “Texas Gearing Up for Possible Surge of 60,000 Haitian Migrants”