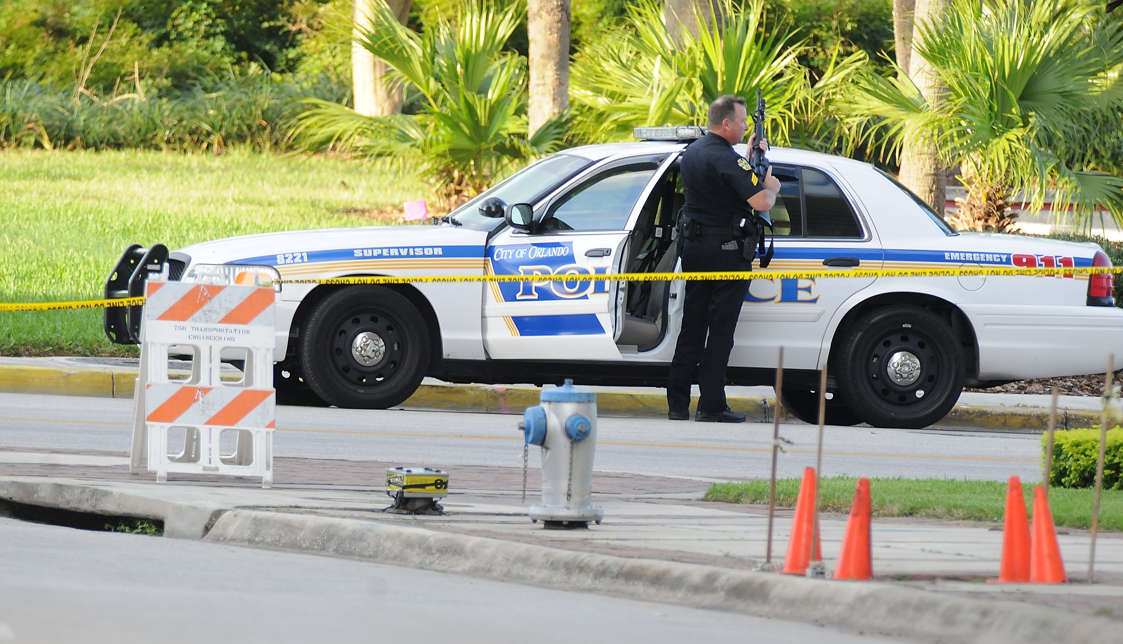 A 39-year-old electrician allegedly beat and stabbed three of his coworkers during a violent rampage in Davenport, Florida on Saturday, police said.

On Friday morning, Shaun Runyon and his supervisor got into an argument while at work, which allegedly ended in Runyon punching him and then fleeing the scene, Polk County Sheriff Grady Judd said during a press conference on Saturday. Runyon was not seen for the rest of the day.

Runyon, his coworkers and their families were living in a Davenport, Florida home rented by their employer, J & B Electric Inc., while they were working in Florida with the supermarket chain Publix, Judd said. In total, seven people were living in the residence.

On Saturday morning, he allegedly returned to the home wielding a knife and baseball bat, attacking his coworkers.

“He stabbed and beat people inside the residence,” Judd said.

Runyon allegedly beat one of his coworkers to death while the victim was in bed sleeping, and allegedly killed another. The second victim was found on the front porch of the home, Judd said.

He allegedly chased the fourth victim into the street and struck him with the baseball bat, but the victim is “all right,” Judd said. Another man, his wife and his 7-year-old daughter were able to escape the home without harm.

Runyon then allegedly fled the scene, and police spent about two hours searching for him, according to Judd. He was found two hours later after showing up at a home in Lake Wells, wearing bloody clothes and claiming he was raped.

The couple whose home he appeared at urged him to go to the hospital, where law enforcement took him into custody. Judd said Runyon confessed to investigators, but it is still not known what caused him to go on the alleged rampage.

“We have no idea what outraged him so bad that more than 24 hours later that he would come back and make an attempt to kill every one of them,” Judd said, describing the crime scene as “horrific.”

“The horrible murderer is in custody,” he said.

He has been charged with three counts of first-degree murder and one count of aggravated battery. Police did not release the identities of the victims. The attack remains under investigation, Judd said.

Davenport is a city of about 7,300 people located southwest of Orlando.