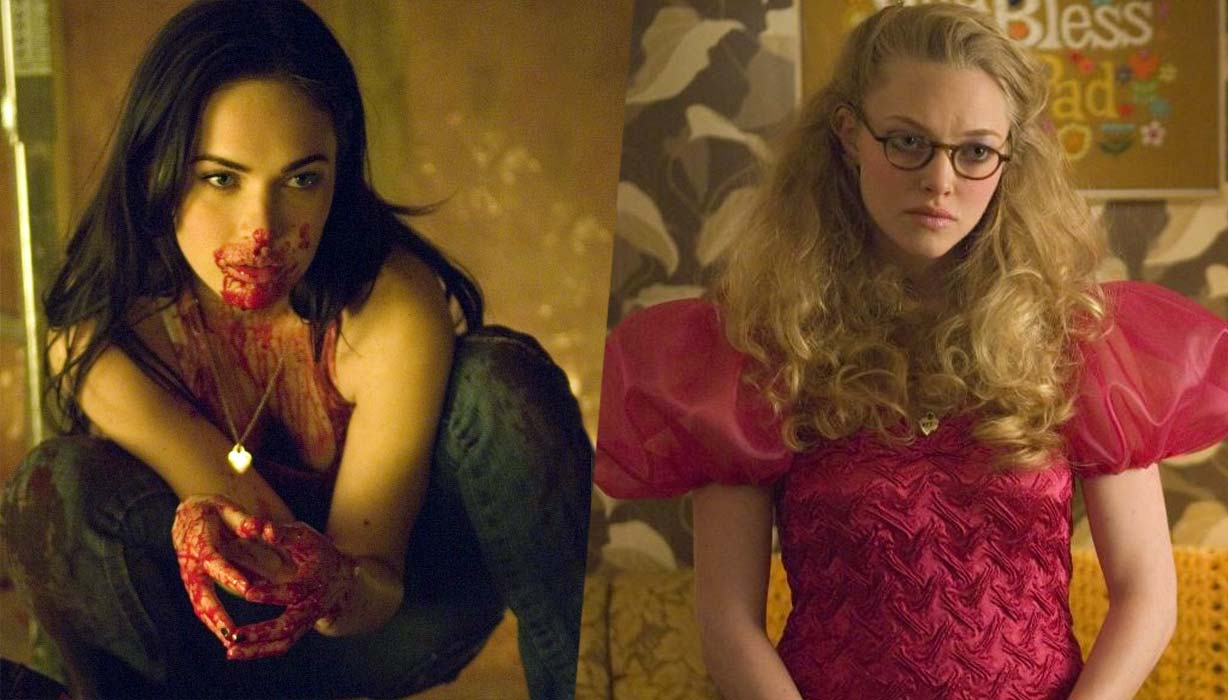 In the now “cult-classic” horror film, Jennifer’s Body, Megan Fox stars as a high schooler who becomes demonically possessed when a rock band botches an attempt to sacrifice her to Satan. Afterward, she takes revenge on her male classmates by going on a bloody killing spree and picking them off one by one.

Since the movie’s release in 2009, the film has gained a cult following and new appreciation among viewers for its feminist spin on horror tropes.

And while the film has some comedic elements to it, many have noticed that it bears some surprising similarities to the real-life murder of Elyse Pahler—a sick and tragic case that was certainly no laughing matter.

Fifteen-year-old Elyse Pahler lived in Arroyo Grande, California, a city with a high crime rate and significant gang activity. On July 22, 1995, she was invited to meet up with fellow teens Jacob Delashmutt, Royce Casey, and Joseph Fiorella to smoke marijuana in a nearby eucalyptus grove.

But the boys had other plans. When Elyse let her guard down and began feeling the effects of the marijuana, Delashmutt removed his belt and used it to strangle her. Casey held the girl down while she struggled; meanwhile, Fiorella pulled out a knife and stabbed her in the neck multiple times. Eventually, the other two took turns with the blade. If that wasn’t horrific enough, they raped her lifeless body. The boys left Elyse’s body in the grove, but they would return more than once to sexually assault her corpse.

The murder was planned in advance and was purportedly intended to be a ritual sacrifice. The boys later said that they believed that in return for the murder, they would receive enough power from the Devil for their death metal band to become famous. At school, the boys openly bragged to acquaintances about committing murder and necrophilia, but nobody took them seriously. Elyse’s body remained in the grove for eight long months until it was finally recovered in March of 1996.

The autopsy on the dead girl revealed just how horrific the crime was. The autopsy revealed that the Pahler had been stabbed more than 12 times, yet none of the individual wounds were fatal. Instead, the cause of death was blood loss stemming from her injuries. This means she was likely raped multiple times while gagging on her own blood. The authorities had no idea who was responsible for the disturbing crime and initially believed it might be the work of a local gang.

The case finally broke open when Royce Casey had a change of heart. After having practiced Satanism with his bandmates, Casey converted to Christianity and confessed to his crimes. He also told the authorities that the bandmates planned on committing more murders, saying that Elyse “wouldn’t be the only one, there would be others.” Casey feared they were planning on killing him, too.

Heavy Metal Band “Slayer” Gets Drawn into the Case

People in the area were baffled by the crime, not understanding how three boys between the ages of 14 and 16 could have committed such a vile act. When the boys professed adoration for the music of the legendary metal band, Slayer, the band became a scapegoat for the horrific crime. Elyse’s parents, David and Lisanne Pahler, filed a lawsuit against the band, claiming specifically that their songs “Postmortem” and “Dead Skin Mask” had given the boys the actual instructions to torture, rape, and murder their daughter.

However, the judge threw out their case, stating, “There’s not a legal position that could be taken that would make Slayer responsible for the girl’s death. Where do you draw the line? You might as well start looking through the library at every book on the shelf.” The Pahlers filed a second lawsuit against Slayer, but that case was also dismissed.

One Way Ticket to Hell

Why had the boys picked the innocent Elyse as the victim of their premeditated vicious murder? Chillingly, they had tried to kill her once before by luring her to the bottom of a ravine. They had intended to stab her then but lost their nerve.

The killers’ victim selection turned out to be every bit as baffling as the murder itself. Casey told prosecutors that Elyse “had blond hair and blue eyes and because she was a virgin, she would be a perfect sacrifice for the devil.” He added that she was the “ultimate sin against God” and a genuine “one-way ticket to hell” for the boys.

All three boys pled no contest to the murder charges and were sentenced to 25 years to life. To date, Elyse’s murder continues to be one of the most disturbing cases of ritual sacrifice out there. After a few years in prison, Delashmutt cast doubt on their supposedly satanic motives when he told The Washington Post, “The music is destructive…that’s not why Elyse was murdered. She was murdered because Joe [Fiorella] was obsessed with her and obsessed with killing her.”

With violent bandmates, a victimized teenage girl, and a satanic cult, there are clear parallels between this chilling case and the horror movie Jennifer’s Body. Although there are some profoundly silly elements to the movie, there’s something undeniably satisfying about seeing a teenage girl turn the tables and exact revenge on her tormentors—something that Elyse Pahler unfortunately never had the opportunity to do.