Home » Politics » How much does Tesla have in the bank? 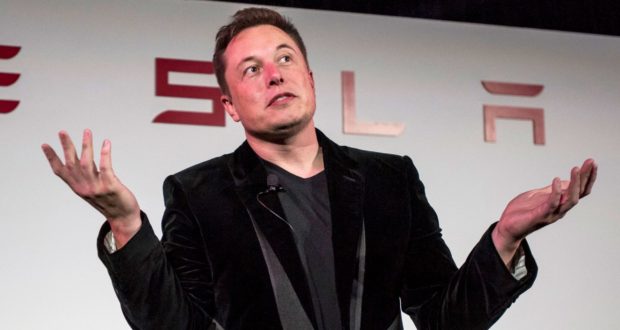 How much does Tesla have in the bank?

On Thursday, Tesla announced that the $35,000 version of its mass-market car, the Model 3, was now available. The cost to reserve one in the US? A mere $2,500 in the form of a non-refundable deposit.

Since 2016, when the orders for the car came flooding in, these deposits (which were once smaller, and refundable) have made up a sizeable part of Tesla’s capital base. At the end of 2018, it had $793m of customers’ cash on its balance sheet, around 22 per cent of its $3.7bn in cash and cash equivalents.

Which got Alphavile wondering, why the focus on Tesla making its $920m convertible bond payment (which it reportedly did, in cash, on Friday), if it had close to a $4bn cash pile only two months ago? Let’s take a closer look to see if this cash balance is really all it seems.

A balance sheet, as we’re sure you all know, presents a precise moment in time: such as the end of a year, or the end of a quarter. It therefore fails to capture the complex movement of assets and liabilities over a period. Indeed, at many points over say, three months, a business’s cash balance may be lower than reported due to slower payments from customers, or higher due to laxer terms from suppliers.

One way analysts try to ameliorate this issue is to average the cash balance of the most recently reported balance sheet, and the one immediately before. For Tesla, this brings its average cash balance over the fourth quarter down to a touch over $3.3bn.

However another trickier way to figure out the real cash balance is to look at the interest income. A moment in time can be anticipated and dressed up, but income on that cash comes over an entire quarter, so it should better reflect cash-at-hand, if it can be reverse engineered. Which, as you’re about to find out, is a big “if”.

But let’s have a go to see if Tesla’s interest income tells us anything about the state of Tesla’s cash balance on a quarter-to-quarter basis.

(Apologies if this gets a touch mathematical, but we feel it’s only fair to explain the workings to you.)

First, let’s take Tesla’s interest income for the past 12 quarters, starting with the first three months of 2016, and divided it by the average cash balance to get a “cash yield”. To annualise the figure, we then multiplied this yield by four. Here’s how it charts:

To no great surprise, it seems to have moved up with the Federal Reserve’s rate rises, which started accelerating in 2017.

Now, the hard part, to compare this cash yield relative to the interest rates available to Tesla over the same period.

Tesla, like most large corporations, keeps its cash “in money market funds or on deposit at high credit quality financial institutions in the U.S”, according to its most recent 10-K. Using last quarter’s average cash allocations, it had almost evenly split the $3.3bn between both.

To figure out the rates offered on US money market funds (MMFs), we turned to Peter Crane of Crane Data, who knows more about the subject than most. He kindly sent us a spreadsheet detailing the average three month yields for the 100 largest taxable MMFs in the US. One down, one to go.

It is harder finding a proxy for the rates paid on corporate deposits. Factors such as maturity and the business of the client, as well as the location of the cash, mean that there’s often a wide spread between the yields offered.

We called around the major US banks, as well as dug around online, and one bulge bracket told us the Fed Funds Rate — the overnight bank lending rate — was a decent proxy for dollar corporate accounts. So let’s pull the data off the Federal Reserve Bank of St Louis website and average it for each of the 12 quarters.

However, we do note that both Barclays and HSBC offer dollar deposit rates significantly below the current effective FFR of 2.4 per cent. Also, not of all Tesla’s cash will be held in the US, given it sells cars in Europe and Asia. So, to err on the side of caution, let’s opt to take a 33 per cent discount to our FFR average as our deposit rate for our calculation.

To finish, we need to figure out the allocation between cash and money markets funds, on average, for the past 12 quarters. 30 minutes or so spent on Tesla’s SEC filing gives us all the relative weightings, which we can then apply to our yield calculations.

E voila! We now have an implied yield for Tesla’s cash.

Let’s see how it stacks up relative to its reported yield. Note, we’ve de-annualised the numbers as it helps with the next part of our calculation:

Quite a divergence. But to bring this back to the question of cash, let’s reverse engineer this interest rate by dividing Tesla’s reported interest income, on a quarterly basis, by our implied yield. Which will give us an implied cash balance for Tesla.

Alphaville is not going to pretend this is a slam-dunk, particularly given all the assumptions which underline our inputs. But the widening gap might go some way to explaining a few recent headlines and one recent, (largely) unnoticed financial disclosure.

From last summer, you may recall two Wall Street Journal stories. The first reported Tesla was asking its suppliers for refunds, the second that the some suppliers were fretting over its financial condition, and its ability to pay invoices. Over this period, the second and third quarters, according to our calculations, Tesla’s cash balance averaged $1.4bn and $1.6bn respectively, around $1bn below what the company reported.

During this time, we also noted some of Tesla’s liquidity ratios — in particular its quick ratio, a common measure of liquidity — were looking low. And this was taking into consideration Tesla’s stated cash position. To boot, Mr Musk also told Axios that during this period Tesla was “within single-digit weeks” of dying.

A lower implied cash balance also may go some way to explaining the cost savings Tesla has made over the past year, including three rounds of lay-offs, and last week’s announcement that nearly all of its stores would be closing in-favour of online only sales.

The reduction in prices for all its models, announced last week, which, according to various reports, are up to 40 per cent in particular geographies, will also help to boost cash flow, assuming demand for the cars increases. For margins however, it may be rather more deleterious.

Still, readers should take our observations with a pinch of salt. After all, Tesla paid off a $920m bond in cash on Friday, suggesting it has more than enough dollars in the vault to cover its current obligations.

However, we would also note that, according to the 2018 10-K, Tesla has rolled over a $180.6m Term Loan which was due in December. First for one month, so it was due to be paid in January, and the second time for three months. It is now due to be paid in April.

For a business with a market capitalisation of $50bn, a $180m loan payment should not be a problem. And perhaps it isn’t.

Previous: I’m not a prepper, but I’m prepared
Next: Toyota Is Planning to Get Into the Space-Car Business